It's Time to Confirm Ajit Pai

Yesterday, the FCC adopted a Report and Order to modernize rules facilitating deployment of next-generation satellite systems. In a June 2017 Perspectives from FSF Scholars entitled “The Problem with Municipal Broadband and Solutions for Promoting Private Investment,” Ted Bolema and I discussed how satellite broadband is an emerging technology that could be a viable solution to closing the gap of the digital divide. Satellite broadband is accessible to 99.1% of Americans at 10Mbps down and 1 Mbps up, but innovation has enabled consumers to access speeds of 25 Mbps down and 3 Mbps up. By simplifying regulatory approval processes and relaxing requirements for antenna pointing and frequency-band usage, this Report and Order will allow satellite broadband providers to experiment with consumer-friendly innovations and deliver high-speed broadband access to rural Americans.
Posted by Unknown at 12:45 PM


In addition to being proof positive of the effectively competitive state of the commercial mobile services market, the foregoing data points undermine the "virtuous cycle" or "gatekeeper" rationale for imposing public utility regulation on mobile broadband Internet access services. The Title II Order (2015) posited that broadband Internet access service providers (ISPs) control the point of Internet access between edge content providers and consumers and thereby possess the incentive and the ability to harm consumers by blocking content or discriminating against content providers. Yet, as explained in the Free State Foundation's public comments in the Restoring Internet Freedom proceeding, the plausibility of the virtuous cycle theory depends on broadband ISPs possessing market power. For its part, the Title II Order failed to provide any evidence that broadband ISPs possessed such power. Now draft report data regarding the availability of choices among mobile broadband service providers – including 89% of the population having access to at least four service providers offering LTE – highlights once more the non-existence of broadband ISP market power and the implausibility of the virtuous cycle theory for public utility regulation.
Additionally, the draft report’s observation that "service providers have offered various promotions designed to partially or fully compensate consumers' switching costs," contradicts the Title II Order's claim that high "switching costs" create gatekeeper power. Consistent with the draft report, the Eighteenth and Nineteenth Wireless Competition Reports recognized that trends have reduced or eliminated switching costs. Providers have phased out term contracts and offer early termination fee buyouts to attract new customers.
Unfortunately, the Title II Order has negatively impacted mobile infrastructure investment. Using a baseline of actual capital investment from 2003 to 2014, the Free State Foundation's Michael J. Horney found broadband investment decreased $5.6 billion in 2015 and 2016 as a result of the Title II Order. Consistent with those findings, data cited in the draft report indicate that mobile service providers invested an incremental $28.0 billion in 2016, a decline of 9% from the $30.9 billion invested in 2015. Further, "AT&T, Sprint, T-Mobile, and Verizon Wireless spent a combined $27.5 billion in 2016, $30.3 billion in 2015, and $31.2 billion in 2014." Capital investment by those four major providers account for nearly 100% of industry investment.
Moreover, the regulatory uncertainty posed by the Commission's investigation into free data plans based on its vague general conduct standard – adopted in the Title II Order – had the negative consequence of curtailing innovative pro-consumer offerings. Free data plans offer value-conscious consumers, especially including low-income consumers, unlimited streaming of video or other popular apps that do not count against their monthly data allowances. To its credit, under Chairman Ajit Pai's leadership, in early 2017 the Commission closed its inquiry and withdrew its misguided inquiry report on free data plans. As indicated in the draft wireless competition report, free data plan options are now increasingly available to consumers. Competitive choice among mobile broadband providers and pricing options available to consumers constitute further reasons why the Commission ought to restore a pro-innovation environment in which free data plans and other innovative offerings are readily available sources of value for consumers.
The Commission's proposed adoption of the draft Twentieth Wireless Competition Report – including its determination that there is effective competition in the market for commercial mobile services – is backed by a firm set of data points. After several years of ducking such determinations, the Commission's willingness to face up to the evidence of mobile wireless competition is surely welcome. Recognition of the effectively competitive state of the commercial mobile services market should lead the Commission to restoring a light-touch environment for wireless services. This result can be accomplished by adopting its Restoring Internet Freedom proposal and removing Title II public utility regulation of broadband Internet access services.
Posted by Seth L. Cooper at 11:26 AM

Last week, the “California Privacy Act,” modeled after the FCC’s Broadband Privacy Order, failed to make it to the floor before California’s 2017 legislative session ended. This is not the first time a state tried to pass problematic privacy legislation. The Maryland State Senate proposed a similar bill in April 2017 and it also failed to pass. As I stated in an April 2017 blog, state-level broadband privacy laws raise many practical questions about enforcement efforts. Ultimately, privacy jurisdiction should return to the FTC, where privacy matters can be adjudicated on a case-by-case basis.
Posted by Unknown at 4:32 PM

Keeping Marylanders safe is our top priority, and our first responders need to be equipped with every tool possible to protect our citizens. By adopting this plan, our first responders will now have the ability to efficiently and effectively work together not just within the state, but across the region and at the national level. This innovative initiative will also spur investment into Maryland's economy, helping to create jobs and enhance mobile broadband coverage in rural parts of the state.

This partnership will transform the way Maryland's fire, police, emergency medical services, and other public safety personnel communicate and share information. The enhanced wireless broadband coverage will reduce response times, mitigate damage, and save lives.
Posted by Unknown at 12:59 PM

Last week, FCC Chairman Ajit Pai issued a keynote address at the first-ever Mobile World Congress Americans in San Francisco. Chairman Pai discussed the important role the FCC plays in disaster response efforts, specifically monitoring the status of communications networks in affected areas. Chairman Pai said that the damage caused by Hurricanes Harvey and Irma "would have been a lot worse if it weren't for wireless communications."

Although wireless communications networks during these two hurricanes were much more resilient than in some previous disasters, Chairman Pai says that unleashing licensed and unlicensed spectrum across low-, mid-, and high-bands will enable first responders to quickly assist with recovery and restoration efforts. Additional spectrum will help deploy 5G wireless technology which will create three million jobs and $500 in economic activity. But most importantly, when horrible disasters occur, 5G technology and robust wireless networks will enable communication between first responders and affected residents.

Thank you to the brave first responders during these disasters!
Posted by Unknown at 11:26 AM

A Natural Rights Perspective of the Constitution

Yesterday, September 17, 2017, was Constitution Day, commemorating the 230th anniversary of the formation and signing of the U.S. Constitution. For a good source of information regarding the natural rights perspective that influenced the Founding Fathers during the formation of the Constitution, please read "The Constitutional Foundations of Intellectual Property: A Natural Rights Perspective" by Free State Foundation President Randolph May and Senior Fellow Seth Cooper.
Posted by Unknown at 9:54 AM

A Day to Remember Our Constitution's Protections for IP Rights

On Constitution Day – September 17 – we celebrate the framers signing of America’s written fundamental law. Among its sections and clauses, the Constitution’s provision for intellectual property (IP) rights deserves renewed appreciation by the public and support by Congress. Stronger security for IP rights enhances our economic climate and fulfills an important constitutional obligation.
Copyrighted works and patented inventions increasingly are vital to our nation’s prosperity in today’s digital Internet-connected global economy. A report by the U.S. Department of Commerce found that value added to our economy by copyright- and patent-intensive industries totaled approximately $1.8 trillion in 2014, amounting to about 10.6% of the U.S. gross domestic product. Also, jobs supplied by copyright-intensive industries totaled 5.6 million in 2014, while patent-intensive industries provided 3.9 million jobs.
The vibrant growth in IP’s value to our economy has been driven by digital technology and Internet connectivity. However, modern means of production and distribution also render IP vulnerable to online theft and infringement. Although often overlooked, the Constitution entrusts Congress with the responsibility to meet such challenges and ensure the security of copyrights and patent rights. The conceptual and historical backdrop of that responsibility are examined in the book, The Constitutional Foundations of Intellectual Property: A Natural Rights Perspective, that I co-authored with Free State Foundation President Randolph May.

Logically, IP rights reflect the natural rights principle that a person has a right to the proceeds of his or her own labors. Those proceeds are a person’s private property, deserving protection by equal laws. Historically, this natural rights and property rights understanding of copyrights and patents prevailed in the newly independent American states. By the time the framers met for the Philadelphia Constitutional Convention in 1787, twelve of the thirteen former colonies had adopted state copyright laws, and a few provided patent protections for inventors. 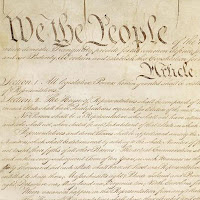 James Madison concluded that the lack of uniformity of among state copyright laws was a vice that needed to be remedied. Other framers in Philadelphia agreed. The Constitution’s Article I, Section 8, Clause 8 — the intellectual property (IP) clause — grants Congress the power “to promote the Progress of Science and Useful arts, by securing, for limited Times, to Authors and Inventors, the exclusive Right to their respective Writings and Discoveries.” As Madison observed in Federalist No. 43, conferring on Congress the power to protect copyrights and patent rights would be highly useful to individual authors and inventors and also serve the public good.

The First Congress to convene under the Constitution promptly exercised its constitutional power to secure copyrights and patent rights. In addition to establishing a system of taxes and revenues, setting up the federal judiciary, selecting the permanent capital site, and drafting the Bill of Rights, the First Congress passed the Copyright and Patent Acts of 1790. Both acts were signed by President George Washington. Those landmark laws set IP on a free market footing by expressly recognizing authors’ and inventors’ exclusive rights to contract for the sale or licensed use of their writings and inventions. The Copyright and Patent Acts of 1790 also provided civil rights of action for creators and inventors whose protected works or inventions were infringed.


In the nearly two hundred fifty years that have followed, Congress has intermittently exercised its constitutional power to further secure IP rights. Drawing upon natural rights and property rights principles, statesmen such as Daniel Webster and Henry Clay helped pass the first substantial revisions of the Copyright and Patent Acts in the 1830s. Also cognizant of natural rights and property rights principles, in 1891 the Centennial Congress secured copyright protection for foreign authors in order to ensure American authors were treated equitably overseas. In 1897, Congress made willful infringement of certain copyrighted works a crime subject to federal prosecution. And through subsequent legislation by Congress, the scope of copyright protections has expanded beyond books and engravings to include unauthorized reproductions or public performances of motion pictures and digital sound recordings. Likewise, the scope of patent protections now includes inventive designs as well as manufacturing and other production processes that embody the latest digital technologies.
Bearing those constitutional, historical, and economic considerations in mind, there is work ahead for Congress that is essential to securing American IP rights in the Digital Age:

As we reflect on our Constitution’s origin as well as its guarantees for representative government and individual freedoms, we should not forget the wisdom of the framers in including the protection of copyrights and patent rights in our nation’s fundamental law. Congress should vigorously pursue its constitutional responsibility to secure IP rights and put our nation’s economy on the strongest possible footing for the Digital Age.