(1) codify and expand the use of a process that relies on written testimony and documentary evidence in lieu of live testimony and cross-examination; (2) authorize Commission staff to act as a case manager to supervise development of the written hearing record when the Commission designates itself as the presiding officer at a hearing; and (3) dispense with the preparation of an initial opinion whenever the record of a proceeding can be certified to the Commission for final decision. 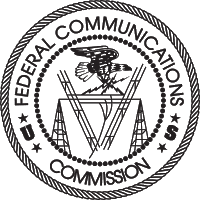 The report and order is intended to "expedite and simplify the Commission’s hearing processes" consistent with the Communications Act and Administrative Procedure Act "while safeguarding the rights of parties to a full and fair hearing. The report and order is based on a proposal that was the subject of a short blog from September 2019.

Today, September 17, is Constitution Day. Two hundred thirty-three years ago this day, the proposed Constitution of 1787 was signed by the Philadelphia Convention delegates assembled at Independence Hall. As Free State Foundation President Randolph May and I pointed out in our 2018 op-ed, "A Constitution Day Call to Strengthen Copyright Protection," the only express provision for individual rights contained in the Constitution of 1787 is the Article I, Section 8 Intellectual Property Clause – also known as the Copyrights Clause.

FSF President Randolph May and I give a more detailed account of this in our book, The Constitutional Foundations of Intellectual Property: A Natural Rights Perspective. In the view of the American Founders, copyrights are rooted in individuals' natural rights to the fruits of their labors – in this case, their creative labors. And government exists to protect and enlarge rights to acquire, use, and transfer property, including property in creative works. 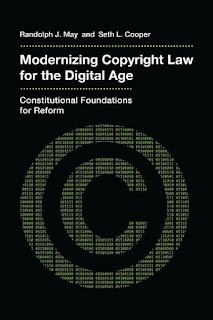 We build on those principled themes and make a case for strengthening copyright protections today in our new book, Modernizing Copyright Law for the Digital Age: Constitutional Foundations for Reform. Today, it's fitting to remember that Congress's ongoing responsibility for securing copyrights is based on the high authority of U.S. Constitution.

Modernizing Copyright Law for the Digital Age is available through Amazon (here) and through Carolina Academic Press (here).

Report Emphasizes Building Blocks for the US 5G Economy

A report by Boston Consulting Group titled "Building the US 5G Economy" gives a fresh perspective on next-generation wireless network deployment and the most critical focus areas for policymaking to ensure that our nation thrives. The report was released on September 13. A primary factor for future US 5G success that the report identifies is:

Spectrum Availability. A transparent, market-based auction schedule for 5G spectrum, with an emphasis on cleared, licensed midband airwaves, will allow spectrum to be made available to service providers as soon as possible.

MEDIA ADVISORY: The FCC Should Be Commended for Holding ORAN Forum

Regarding the FCC's forum today regarding ORAN (open radio access networks), the following statement may be attributed to Free State Foundation President Randolph May:

The FCC should be commended for holding the forum today exploring ORAN, what it means, and what it may portend for the future. Even discounting the usual hype accompanying new technological advances and business models, ORAN, properly understood, holds the promise to promote increased marketplace competition and innovation, and, at the same time, promote U.S. national security by increasing supply chain diversity. ORAN could be a case in which technological advances associated with 5G, artificial intelligence, and virtualization, and changing business models, advance freedom in both the economic and geopolitical spheres. But this should be done largely in a context of private sector decision-making with minimal direct government intervention and mandates.

As part of the cable industry's commitment to support of distance learning, NCTA – The Internet & Television Association (NCTA), in conjunction with EducationSuperHighway (ESH), yesterday announced the "K-12 Bridge to Broadband" public-private initiative to increase home connectivity opportunities for students during the COVID-19 pandemic. USTelecom and NTCA also are partners in this effort.

According to ESH, a national non-profit, nearly 10 million students, half of whom are of color, lack Internet access. As a result, they risk falling behind as schools, in response to the health risks posed by the novel coronavirus, shift in part or entirely to distance-learning models. The goal of "K-12 Bridge to Broadband," therefore, is to "identify and potentially connect students in low-income families, enabling more students to participate in remote or hybrid learning."

In a press release, FCC Chairman Ajit Pai "thank[ed] NCTA and the EducationSuperHighway for launching this initiative to make it easier for students in low-income families to connect to the Internet." 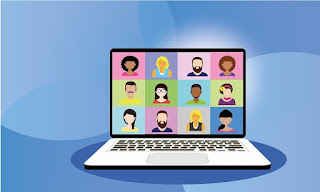 "K-12 Bridge to Broadband" builds upon, and expands nationwide, recent successful partnerships between cable operators and school districts in cities that include Chicago, Atlanta, Philadelphia, Las Vegas, and Des Moines.

Pursuant to the announced framework of core principles, participating cable broadband providers will:

The "K-12 Bridge to Broadband" builds upon existing cable industry efforts to support distance learning, which include:

In anticipation of its September 30 public meeting, the FCC has released a draft Notice of Inquiry on ways to combat states' diversion of 911 fees to things that are unrelated to non-911 purposes. The Commission's Fact Sheet states that "between 2012 and 2018, American states and jurisdictions diverted a total of over $1.275 billion in 911 fees to non-911 programs or to the state’s general fund." Annual reports by the Commission call out those states and jurisdictions that apparently misuse fee revenues collected for 911. And the Commission previously has mulled penalties for states that divert 911 fees, including disqualification from grants or other subsidies. Chairman Ajit Pai is to be applauded for circulating the draft Notice. It's a step forward for ensuring that 911 fees are actually used for their stated purpose.

Abraham Lincoln is not often associated with, or quoted on, Labor Day, a holiday first observed a quarter century after his assassination. But there is good reason, especially now but for all seasons, to consider Lincoln's views on what, before the Civil War, was called the "free labor" movement.

An integral part of the anti-slavery "Free Soil" movement was rooted in a "free labor" philosophy. Here is how prize-winning historian Eric Foner put it in Free Soil, Free Labor, Free Men: The Ideology of the Republican Party Before the Civil War:

For the concept of ‘free labor’ lay at the heart of the Republican ideology, and expressed a coherent social outlook, a model of the good society. Political anti-slavery was not merely a negative doctrine, an attack on southern slavery and the society built upon it; it was an affirmation of the superiority of the social system of the North—a dynamic, expanding capitalist society, whose achievements and destiny were almost wholly the result of the dignity and opportunities which it offered the average laboring man.

In his Gettysburg Address, Lincoln famously called for a "new birth of freedom." Given his background and his philosophical grounding in "free labor," anti-slavery principles, which he consistently related to the Declaration of Independence's ideals, it is not surprising that Lincoln often joined freedom to an individual's natural right to enjoy the fruits of his own labor. For Lincoln, such right was inherent in the Declaration's self-evident truth that all men are endowed with the unalienable right to "Life, Liberty, and the Pursuit of Happiness."

In many of his addresses, including as far back as 1847 speaking at a Whig event, Lincoln said this, usually in more or less the same words:

I believe each individual is naturally entitled to do as he pleases with himself and the fruit of his labor, so far as it in no wise interferes with any other man’s rights and that the general government, upon principle, has no right to interfere with anything other than that general class of things that does concern the whole. 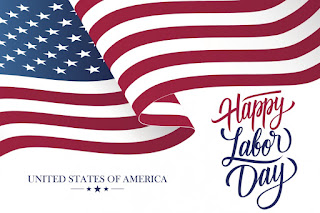 As often, Lincoln reminded his audiences that, "I always thought the man that made the corn should eat the corn."

This colloquial Lincolnian expression is stated in a decidedly less philosophically formal fashion than John Locke's famous injunction contained in his Second Treatise of Government:

[E]very man has a property in his own person: this no body has any right to but himself. The labour of his body, and the work of his hands, we may say, are properly his. Whatsoever then he removes out of the state that nature hath provided, and left it in, he hath mixed his labour with, and joined to it something that is his own, and thereby makes it his property.

As President, Lincoln affirmed this Lockean view of labor in his Reply to the New York Workingmen's Democratic Republican Association in 1864:

Property is the fruit of labor...property is desirable...is a positive good in the world. That some should be rich shows that others may become rich, and hence is just encouragement to industry and enterprise. Let not him who is houseless pull down the house of another; but let him labor diligently and build one for himself….

As my Free State Foundation colleague Seth Cooper and I show in our book, The Constitutional Foundations of Intellectual Property, Lincoln's views regarding free labor and property rights extended to protection of intellectual property as well. In Chapter 10, "Adding Fuel to the Fire of Genius: Abraham Lincoln, Free Labor, and the Logic of Intellectual Property," from which much of this special message is drawn, we discuss Lincoln's 1859 Address to the Wisconsin State Agricultural Society, where he said this:

The prudent, penniless beginner in the world, labors for wages awhile, saves a surplus with which to buy tools or land, for himself; then labors on his own account another while, and at length hires another new beginner to help him. This, say its advocates, is free labor – the just and generous, and prosperous system, which opens the way for all – gives hope to all, and energy, and progress, and improvement of condition to all.

As we celebrate Labor Day in 2020, at a time when many in America seek to divide us based on all manner of discrete "identities," including race, gender, religion, and class, it is worth taking more than a moment to reflect on Lincoln's understanding of the importance of the "free labor" concept, and especially its integral relationship to a proper understanding of property rights, and of freedom itself.

On Labor Day, and every day, we should never forget the dignity that is inherent in an individual's natural right to enjoy the fruits of his or her own labor – and as Eric Foner put it, free labor's central role in America's "dynamic, expanding capitalist society, whose achievements and destiny were almost wholly the result of the dignity and opportunities which it offered the average laboring man."

And an important postscript: It is especially important – you could say essential – to acknowledge the extraordinary contributions of so many "essential workers" who, in so many ways, have provided and maintained many crucial services during the pandemic. Thanks to these special individuals who have labored for the benefit of us all.