On May 26, 2015, Free State Foundation (FSF) Scholars submitted comments to the Federal Trade Commission (FTC) for its upcoming June 9th workshop regarding competition, consumer protection, and economic issues raised by the “sharing economy.” FSF Scholars make several key points about the sharing economy’s positive impact and what the government’s ultimate role should be.
First, the sharing economy’s positive impact is one of fostering innovation, creating value, and providing cost savings options for consumers. From a recent PWC survey, 86 percent of U.S. adults who are familiar with the sharing economy agree that it makes life more affordable and 83 percent agree that it makes life more convenient and efficient. Further, the sharing economy is particularly beneficial for low-income consumers. As stated in a FSF blog, the sharing economy has shifted consumer preferences from owning to renting, and the additional benefits and savings low-income consumers accumulate from this shift has a substantial impact on their standard of living.
Second, as discussed in a Perspectives from FSF Scholars entitled “The Sharing Economy: A Positive Shared Vision for the Future,” the emergence and success of the sharing economy is unequivocally due to marketplace freedom and “permissionless innovation.” The lack of barriers to market entry (such as regulatory costs, licenses, and start-up fees) has enabled companies like Airbnb and Uber to quickly emerge and provide their services in many cities and towns throughout the world.
Third, fear of competition is not a valid basis for regulation. Traditional legacy businesses (such as hotel companies or taxicab commissions), which compete with sharing economy applications, argue that such emerging companies should be subjected to the same level of regulations and taxes. FSF Scholars argue that the best way to “level the playing field” is to deregulate down by eliminating old and unnecessary regulations, not regulate up. Unnecessary regulations can often be captured by well-established companies or applied in a discriminatory way by policymakers, leading to government picking winners and losers instead of consumers.
Lastly, sharing economy markets have efficient self-regulating mechanisms. Many sharing applications have online rating systems and feedback information in order to keep both buyers and sellers accountable and transparent. Other things like insurance policies and immediate payment systems help mitigate risk. FSF Scholars believe that by allowing for free-market innovation to flourish, competition - which we believe is the best form of regulation - will thrive. In competitive markets, sharing economy applications and its users have the incentive to provide friendly, safe, and healthy environments, because consumers will choose better alternatives if they do not.
FSF Scholars are very optimistic about the future of the sharing economy and all that it could possibly accomplish. Much of it is unknown and yet to be discovered, so we hope that policymakers at the FTC and at state and local levels presumably favor marketplace freedom over regulation.
Posted by Unknown at 12:30 PM

The FCC has touted its role in facilitating the ongoing transitions to next generation network technologies. But the Commission has serious difficulty transitioning itself out of its role a monopoly-era telephone regulator. Too often, the Commission still clings to outdated rules meant for copper-based networks.
Complying with old rules diverts communications providers' time and resources away from network upgrades. The Commission must finally make earnest attempt to use its Section 10 authority to forbear from applying costly legacy telephone regulations. 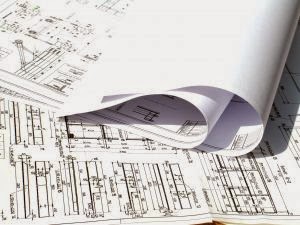 Cost allocation rules were meant to address questionable capital and cost practices that were incentivized by rate-of-return regulation. The concern was that incumbent voice providers would overbuild capital facilities and run up unnecessary costs. Such providers, it was worried, could recover misallocated and unwarranted costs through rate-of-return regulated prices and hide profits using accounting tactics. Part 32 rules were intended to prevent that.

Frontier and other incumbent voice providers are no longer under rate-of-return regulation. Frontier is now a price cap carrier. Under price cap regulation, end-user charges are capped at a flat rate. Providers have an incentive to lower overhead and offer service efficiently.

Part 32 rules no longer make sense on account of the dramatic technological and competitive changes in the communications market that have taken place over the last twenty years. Old telephone monopolies no longer exist. For consumers, local and long-distance calling is no longer a meaningful distinction. Entry into the voice services market by wireless carriers and cable operators offer consumers ample choices.

According to the FCC's latest Local Telephone Competition Report, as of December 2013, the number of switched access lines has dropped to 85 million. Over the past years some 32 million Americans dropped their copper landlines. Interconnected VoIP service offered by cable operators offers consumers a major competitive alternative, with nearly 48 million subscriptions nationwide. Meanwhile, wireless voice subscriptions exceed 310 million. 2014 data cited in the FCC's Seventeenth Wireless Competition Report indicates that 96.8% of the population is served by three or more mobile wireless providers, and 91.4% is served by four or more.

The FCC has previously forbore from applying some of Part 32, albeit reluctantly. Its USTelecom Forbearance Order (2013) granted partial forbearance relief, conditioned on providers filing plans outlining how they will keep accounting records consistent with Part 32 and turn over data upon request. CenturyLink previously filed its plan and received relief. The FCC should now grant Frontier's requested relief.

Timely transitioning of voice providers from copper TDM networks to all-IP networks depends on prompt elimination of regulatory roadblocks. The FCC needs to finally take a proactive role in granting full forbearance from monopoly-era regulations like cost allocation rules. Not half-measures. Partial relief from irrelevant and costly regulations pursuant to compliance plans needlessly distracts from technology transition efforts.
Forbearance relief from duplicate network requirements is another step that will further the technology transitions process. Voice providers should be relieved from the burdens of keeping an extra, separate set of books for outdated networks. Time and money spent complying with old Part 32 mandates are dead-weight losses. And they are no help to consumers. Ultimately, consumers are better served by providers’ directing their resources to next-generation network deployment.
Yes, the FCC should certainly approve Frontier's compliance plan and grant partial forbearance relief from Part 32. But in light of today's dynamic and competitive market conditions, no compliance plan should be required. Instead, the Commission should relieve carriers from costly duplicate accounting systems requirements altogether. The Commission has authority under Section 10 to act now and grant across-the-board forbearance relief from all cost accounting rules.


Timely technology transitions, including the transitioning of voice providers from TDM networks to all-IP networks, depend upon prompt elimination of legacy regulatory roadblocks. The FCC needs, finally, take proactive steps to forbear in full from impeding progress toward next-generation networks by continuing to apply cost allocation rules.
Posted by Seth L. Cooper at 10:20 PM

According to the new DCA report:

This report chronicles a serious problem that continues to plague the digital world: As the DCA puts it: “Ad revenue is the oxygen that allows content theft to breathe.” And considering that 88 percent of the most popular content theft websites in Europe rely heavily or solely on ad revenue, it should be inferred that efforts to decrease ad-supported piracy ultimately would put a large dent in the scope of online piracy as a whole.

While the problem is still very large, perhaps an optimist might suggest that a decrease in illegal ad revenue from $227 million in 2013 to $209 million in 2014 is a step in the right direction. This decrease may be attributable to several voluntary initiatives which help to fight online piracy and intellectual property infringements. Brand Integrity Program Against Piracy, WhereToWatch.com, and Rightscorp have emerged to aid consumers in finding legal content and in raising awareness about websites and enterprises that violate intellectual property rights.

Strong enforcement of IP rights is important for ensuring that content providers, artists, innovators, and marketers can earn a return on their creative works and the labor that makes such works possible. According to an International Intellectual Property Alliance report, in 2014 copyright alone contributed $1.1 trillion in additional value to the United States GDP, accounting for 6.71 percent of the U.S. economy. A March 2012 report from the U.S. Patent and Trademark Office says that IP-intensive industries accounted for about $5.06 trillion in value added in 2010, or about 34.8 percent of the country’s economy. These figures, among many other similar ones, show that the protection of IP rights is key to incentivizing more innovation, investment, and economic growth.

While it is unknown how much of the $209 million in ad revenue would exist through legal transactions, any economic loss from IP theft negatively affects artists, entrepreneurs, and the economy as a whole.


On February 26, 2015, the same day that the Federal Communications Commission adopted new Internet mandates regulating the practices of Internet service providers, the Commission adopted yet another order constituting administrative agency overreach, this one preempting certain state restrictions on municipal government broadband networks. While this second order generally has received less notice, it is no less important than the "net neutrality" order. For, as my Free State Foundation colleague Seth Cooper and I point out in this new article, published in the Federalist Society's leading publication, Engage, the FCC's preemption order is a legally questionable "affront to federalism.

Immediately below is the brief Introduction and Conclusion to the article, titled, "FCC Preemption of State Restrictions on Government-owned Broadband Networks: An Affront to Federalism. I hope you'll access the complete article here.

I. Introduction and Conclusion

The Federal Communications Commission's February 2015 Order preempting state law restrictions on local government ownership of broadband networks constitutes one of the most significant overreaches in the agency's history-a history which already includes plenty of overreaches. From the standpoint of constitutional federalism, the action is one of the most problematic ever taken by the Commission.

The FCC's claims of preemptive authority to interfere with the exercise of states' discretion over their political subdivisions clash with fundamental principles of constitutional federalism. The Supreme Court's jurisprudence has long recognized that states have broad discretion to delineate the powers local governments may exercise. Because Congress nowhere expressly has granted the FCC such preemptive authority over local government broadband networks, canons of statutory interpretation informed by constitutional principles mean that the FCC's action likely will be struck down in court.


The FCC's Order preempting state law restrictions on local government ownership of broadband networks is under review by the Sixth Circuit. The Order likely exceeds the agency's statutory authority and violates principles of constitutional federalism. The FCC's asserted authority to interfere with states' autonomy and discretion over the powers of their subdivisions is rather remarkable. A judicial ruling in the Commission's favor would constitute a severe shake-up to the structures of the Constitution's federalist system.
Posted by Randolph J. May at 9:09 AM