In an August 14 press release, California Attorney General Xavier Becerra announced that, at long last, final rules implementing the California Consumer Privacy Act (CCPA) had been approved, with some "unexpected" revisions, by the Office of Administrative Law (OAL). They became effective immediately.

As I wrote previously on the Free State Foundation blog, at one point it seemed likely, at another conceivable, that administrative hurdles would delay those rules until October 1.

January 1 was the effective date of the CCPA, but the AG was barred from enforcing its provisions until July 1. Press reports indicate that his office began notifying businesses of non-compliance on day one. 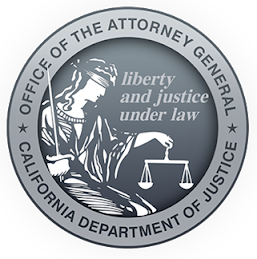 The CCPA affords businesses receiving such notices 30 days to cure alleged violations before formal enforcement activity, whether a confidential investigation or a lawsuit, can commence. Dozens of such investigations reportedly are underway. To my knowledge, however, to date no suits have been filed.

According to Stacey Schesser, Supervising Deputy AG, that first round of notices was driven by complaints received from consumers, targeted online businesses operating across a range of industries, and focused on those that allegedly either (a) had not made available mandatory disclosures, or (b) had failed to add a "Do Not Sell My Personal Information" link to their websites.

Previously, the Attorney General had indicated his intention to prioritize violations impacting minors and other vulnerable groups.

Now that the implementing rules are in effect, we should expect the AG's office to begin enforcing them, as well.

In an April 30 Perspectives from FSF Scholars, I noted that a group of over 60 affected businesses in March wrote to AG Becerra requesting that he forbear from enforcement until next January in light of the serious economic fallout from the COVID-19 public health crisis. He declined, and in the press release announcing OAL's approval of the rules, argued instead that "[a]s we face a pandemic of historic proportions, it is particularly critical to be mindful of personal data security." 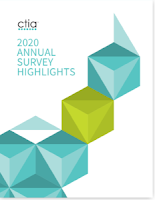 Today, CTIA released its 2020 Annual Survey. The survey highlights show stunning growth in mobile wireless networks and performance in 2019, including $29.1B in U.S. capex in wireless networks, about 46,000 new cell sites built, over 20 million new U.S. wireless subscriptions for a total of 442.5 million subscriptions, and 37.1 trillion megabytes of wireless data consumption. Importantly, the tremendous investment by the U.S. wireless industry in 2019 helped ensure that mobile wireless networks successfully accommodated surging data and wireless traffic in early 2020 amidst the first several weeks of lockdowns. That accomplishment sets U.S. networks apart from other nations in which speeds declined when faced with rising traffic. Be sure to check out the wireless industry's 2020 Annual Survey Highlights at CTIA's website. 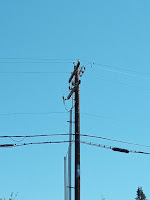 On July 29, the FCC's Wireline Competition Bureau issued a Declaratory Ruling to clarify to important points regarding the Commission's pole attachment rules. The ruling prohibits "blanket bans" by utility pole owners on attachments to any portion of a pole. It also prohibits utility pole owners from requiring attachers to give up their rights under the law and the Commission's rules without receiving corresponding benefits. The Declaratory Ruling is a follow-up to the Commission's 2018 Wireline Infrastructure Order.

Blanket bans as well as attempts to coax attachers to give up their rights for no gain can significantly impede broadband infrastructure deployment. The FCC's Declaratory Ruling clears away those obstacles, and likely will facilitate speedier deployment to unserved Americans. The Commission should be credited for taking this action.

As mentioned in my July 28 blog post, the Commission is now considering a worthy petition that, if adopted, would reduce barriers to attaching fiber cables to replacement utility poles in unserved areas and expedite resolution of pole attachment complaints.

The FCC Should Drop its Interstate Access Charge Proposal

The FCC is considering changes to its rules for interstate telephone access charges. There is seeming appeal in the Commission's proposal to eliminate ex ante pricing regulation and tariffing regulation for interstate voice services. Unfortunately, its proposal would face state regulatory obstacles, destabilize the Universal Service Fund, and create a First Amendment problem – while conferring no real benefit on consumers. The Commission should drop the proposal.

The Commission's rules impose ex ante pricing regulation and tariffing obligations on the portion of local telephone service used to originate and terminate interstate long-distance calls. States have jurisdiction to impose similar obligations on the intrastate portion of such service. Pursuant to Section 203 of the Communications Act, the Commission imposes five different tariff access charges that are meant to align the rates with the costs of providing interstate voice service. Those charges also furnish a basis for calculating Universal Service Fund contributions. 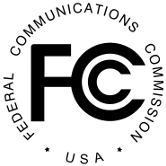 The Commission's Notice proposes to find that "widespread competition among voice services makes ex ante pricing regulation and tariffing of Telephone Access Charges unnecessary to ensure just and reasonable rates or to otherwise protect customers." There is an important underlying point here. It is no longer the case that voice services are a monopoly. And incumbent local exchange carriers are no longer dominant suppliers. Quite sensibly, the Commission is "concerned that the costs of regulating and tariffing Telephone Access Charges are likely to exceed the benefits, because they impose costs on carriers and hinder carriers' ability to quickly adapt to changing market conditions."

The Commission proposes to require that voice service providers detariff end-user interstate access charges. And it proposes to ban voice providers from listing interstate access charges on their monthly bills to consumers. But none of this is intended or expected to reduce prices for consumers. Rather, the agency's aim is to make those bills simpler or, supposedly, transparent.

Yet as Commissioner Michael O'Rielly pointed out in his statement accompanying the Notice: "I find it somewhat strange and ironic to characterize these charges as deceptive, when it was the FCC that established the various access charges and all of their confusing terminology in the first place, and the item proposes to continue to use the charges as proxies for calculating rate-of-return carriers' Universal Service Fund support." Indeed, consumers who peruse their bills might likely be confused by the sudden changes to rates and disappearance of those fees.

Aside from providing no real benefit to consumers, the Commission's proposal runs into trouble on at least three fronts. First, the proposal depends on the unlikely proposition that state jurisdictions would cooperate in shifting carriers' interstate recovery costs onto intrastate service rates. There is no good reason to think state public utility commissions would go along with significant increases to rates under their jurisdiction. Many state regulators have expressed their opposition to the Commission's proposal.

Third, the Commission's proposal to ban inclusion of access charges on consumers' monthly bills raises a First Amendment issue. Under the Supreme Court's test set forth in Central Hudson Gas & Electric Company v. Public Utilities Commission of California (1985), non-misleading commercial speech regulation is permitted where the government can show: (1) it advances a substantial government interest; (2) it directly and materially advances that interest; and (3) it is not more extensive than necessary to achieve that interest. But for reasons recognized by Commissioner O'Rielly, interstate access charges are not deceptive. The Commission would have difficulty showing that its proposed ban would protect individuals from specific and significant harm – and that such a ban would directly and materially achieve that purpose.

Broader deregulatory reform is needed for voice services. But that reform must come from Congress. In our book #CommActUpdate: A Communications Law Fit for the Digital Age, Free State Foundation President Randolph May, myself, and several colleagues urge Congress to take up that task. The current disparate treatment of voice, video, and data services, based on legacy techno-functional constructs, should be replaced with a market-oriented framework that applies to all digital communications services. Prescriptive rule-based regulation should be jettisoned and competitive concerns should be addressed through case-by-case adjudications based on market power analysis.

Until Congress acts, the Commission should exercise its forbearance authority and pursue deregulatory reforms where it can reduce unnecessary restrictions and costs as well as provide on-balance benefit to consumers. The Commission is on the right track, for instance, in its proposal to pare back unbundling regulations. But, despite its seeming appeal, as a practical matter, the interstate access charge proposal takes a wrong track, and the Commission should discard it.

On June 3, the Consumer Technology Association (CTA) filed a petition with the FCC that seeks a rulemaking or waiver to reduce restrictions on marketing and importing of new radiofrequency devices by manufacturers. The petition seeks to ease existing rules that prohibit certain pre-sale activities by manufacturers until the FCC authorizes their devices. (Existing rules don't similarly restrict wholesalers or retailers.) FCC device certification can be time-consuming. But by modifying its rules or issuing a waiver, the Commission would enable conditional sales by manufacturers, helping them to gauge public demand and get a running start on bringing 5G devices to market once their devices receive FCC authorization.

The requested relief would be subject to certain safeguards. For instance, it would apply to devices that manufacturers have a reasonable basis for believing will receive authorization within 30 days of importation. And manufacturers must have processes for retrieving devices from retailers if their devices are denied authorization.

In a June 2 blog post, Commissioner Mike O'Rielly called for an update to the FCC's product marketing and importing rules. It appears that CTA's petition hits the spot. If the Commission grants the requested relief, the agency could help boost 5G adoption in the U.S. The Commission should give CTA's petition prompt consideration.
Posted by Seth L. Cooper at 9:00 PM

In the past, I have called attention several times to the importance of Comcast's Internet Essentials program in expanding high-speed Internet access to low-income persons, veterans, seniors, and others. As I said in an August 6, 2019, blog titled, "Comcast Significantly Expands Its Internet Essentials Program," "there is widespread agreement among policymakers and politicians regarding the manifest importance of access to the Internet and use of the Internet as we go about our daily lives." At the time, when Comcast announced an expansion of its existing program to connect more eligible low-income persons than previously, I said: the broadband provider "is once again enhancing the Internet Essentials program, and in a significant way." 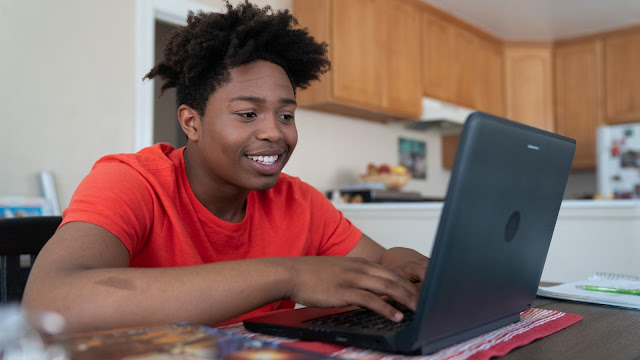 Today, in a particularly timely action, Comcast has announced a further expansion of its Internet Essentials program – this time focusing on supporting low-income students, schools, community organizations, and others as the new (and unprecedented!) school year begins. Comcast is implementing measures that will help ensure reliable Internet access is available to those who must prepare, at least for the next several months, to make distance learning a success.

Comcast is certainly not alone among our nation's broadband providers in taking constructive measures to help close remaining digital divides. And the efforts in this regard by many private sector service providers during the epidemic have been especially noteworthy.With its announcement today regarding another significant expansion of its Internet Essentials program – this time to support the all-important distance learning effort – it is right and proper to take note of Comcast's ongoing positive contribution.