It has been reported in many outlets that the U.S. District Court for the Northern District of California has denied a motion to enjoin enforcement of California law mandating public utility regulation of broadband Internet services. Apparently, this will allow California's law – which goes beyond the FCC's now-repealed Title II restrictions – to go into effect. However, this is not likely the end of the litigation. Professor Daniel Lyons, a Member of the Free State Foundation's Board of Academic Advisors, made the case for why CA SB-822 is most likely preempted in his Perspectives from FSF Scholars paper, "Day of Reckoning Approaches for California Net Neutrality Law." 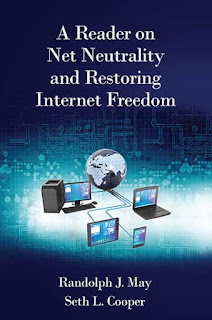 Also, FSF President Randolph May and I appealed to a broader set of principles to make the case for why preemption of SB-822 is consistent with a constitutionalist outlook in our Federalist Society Review paper, "John Marshall's Jurisprudence Supports Preemption of California's Net Neutrality Law." And for more on these subjects, consult our book, A Reader on Net Neutrality and Restoring Internet Freedom.

On Wednesday, the U.S. Court of Appeals for the First Circuit affirmed a lower court decision barring from going into effect video programming unbundling legislation in Maine that exclusively targets cable operators.

The Maine law (LD 832) requires cable operators to offer individual channels and programs on an a la carte basis. Satellite, Internet-based, and other competing providers of multichannel video programming services remain free to package content, and market it to consumers, however they choose.

Shortly after LD 832 became law in June 2019, Comcast of New Hampshire/Maine and a group of cable programmers sought declaratory and injunctive relief from the U.S. District Court in Maine.

The plaintiffs argued that the Maine law is preempted by federal law and runs afoul of the First Amendment in two ways. First, it singles out cable operators. Second, it infringes upon cable operators' protected editorial discretion regarding how they package programming.

In December 2019, the District Court in Maine granted a preliminary injunction solely on the basis that LD 832 improperly singles out cable operators. It rejected the preemption and editorial-discretion arguments. With respect to the latter, the court's decision hinged upon an inappropriately narrow interpretation of the U.S. Supreme Court's 1994 Turner I decision recognizing that First Amendment protections apply to cable operators' programming decisions.

As Free State Foundation President Randolph J. May and I explained in a July 2020 Perspectives from FSF Scholars, numerous Supreme Court decisions, including Turner II, make plain that cable operators' First Amendment protections do extend to decisions as to how content is packaged. We therefore expressed hope that the appellate court would take up this issue.

The First Circuit affirmed the District Court in Maine's grant of a preliminary injunction, but did so solely on the basis that LD 832 "constitutes a speaker-based regulation that 'singles out' cable operators' speech for special, disfavored treatment." Regrettably, it declined to consider whether the law also infringes cable operators' protected editorial discretion.

Maine must now decide if it wants to pursue the case further. If it does, one threshold issue that the District Court must decide is "whether additional, post-enactment evidence can be offered in support of the law." For as the First Circuit noted, "[t]he state candidly conceded at oral argument that, if the Act triggers the First Amendment at all, the existing record is insufficient to justify the law …."

A copy of the First Circuit decision is available here.

Smartphones with 4G and 5G capabilities provide users the same essential Internet connectivity functions as tablet devices. And smartphones are extraordinarily popular for accessing the Internet – especially for low-income households, for younger Americans, and for education-related uses. The FCC ought to treat smartphones as eligible connected devices for the Emergency Broadband Benefit (EBB) program.

The Commission is now preparing rules to implement EBB program, which will enable eligible households to receive broadband Internet services and connected devices at discounted prices. The EBB program is intended to help out Americans who have been hit hard by the COVID-19 pandemic and lockdowns. Under the EBB program, broadband providers who provide Internet access and connected devices to eligible households can receive reimbursements from a $3.2 billion fund established by Congress. Section 904 of the Consolidated Appropriations Act of 2021 authorized the Commission to implement the EBB program.

Apparently, there has been some question within the Commission about whether smartphones provided to eligible households should be considered "connected devices" for purposes of discount reimbursements under the Act. According to Section 904(a)(4) of the Act, a "connected device" means "a laptop or desktop computer or a tablet." The Act provides no further guidance regarding the meaning of those terms. But the Commission has discretionary authority to interpret the term "tablet" to include "smartphone."

In its 2020 Communications Marketplace Report, the Commission cited 2019 estimates that over 106 million households have smartphones – of which nearly 93 million households subscribe to mobile data plans. It cites surveys indicating smartphone population penetration rates of 80% to 85% at the in 2017 and 2018 – a number that surely is higher in early 2021. The report also cited a 2019 survey indicating that smartphone-only Internet users are particularly popular among lower-income households, and especially for young people and for educational uses: 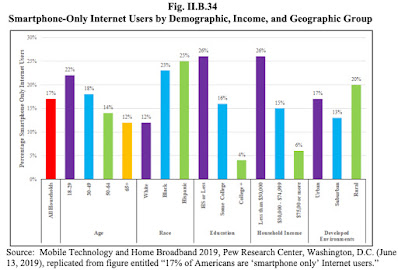 In addition to being widely used for accessing the Internet, there is no meaningful distinction between smartphones and tablets regarding broadband-related capabilities. Both are portable and both feature the same or similar apps as well as voice, HD-or-better video, and high-speed Internet connectivity. At the very least, the Commission has discretion to interpret the Act's term for "associated equipment" to include smartphones. Indeed, many Americans use smartphones as hotspots in order to connect laptops and tablets to the Internet.

By making smartphones eligible devices for EBB reimbursements, the Commission can help ensure that the program serves its purpose in helping Americans in difficult circumstances access school work, apply for jobs, receive telehealth services, and engage in other important life activities. In fact, smartphone inclusion in the EBB program could give a boost to those Americans who now are the most in need.

The following statement may be attributed to Free State Foundation President Randolph May regarding the proposal of some House Democrats to curtail cable networks' media choices:

When President Trump suggested that broadcast licenses should be challenged at the FCC because he disagreed with the broadcasters' editorial judgments, I was quick to condemn Trump's suggestion. As I said in October 2017, "Absent clear evidence of deliberate falsification or conscious, willful distortion of the news by media outlets, for Trump to urge challenges to FCC licenses because of disagreements over editorial decisions threatens to chill the First Amendment rights of the media." For some House Democrats now to suggest that certain cable and satellite operators shouldn't carry channels like Fox News, One America, Newsmax, and others because of what they claim is "misinformation" carried by the outlets is truly misguided and dangerous. If they continue down this road, and if they are successful in threatening media outlets to stop broadcasting speech they disfavor under the guise of regulating "misinformation," the First Amendment free speech rights of all will be seriously eroded. It should be obvious that a wide swath of speech that nowadays is labeled misinformation by those that wish to curtail it is lawful speech that falls within what should be the realm of legitimate public debate.

Almost all mainstream media outlets, journalists, and "consumer" organizations, most especially left-leaning ones, were lightening quick to condemn President Trump's remarks regarding media coverage. Wouldn't it be nice if they were as quick and vocal condemning the House Democrats' proposal? Not only nice - but important.

Digital Citizens Alliance, a nonprofit focused on the threats consumers face on the Internet, has released a research survey highlighting a disturbing connection between online piracy, working from home, and employer network security threats.

As a consequence of the COVID-19 pandemic, millions of Americans are working remotely. When employees allow piracy devices and apps to access their home Internet connections, they open the door to malware attacks. 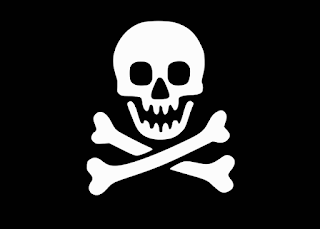 Alarmingly, it appears that a significant number of consumers do just that: 1 in 5 of those surveyed admitted to visiting a piracy website, 1 in 10 to using a piracy device.

Home networks that include piracy devices, or other devices running piracy apps, are three times more likely to experience issues relating to malware, which in turn expose the employer networks that they are used to access to cybersecurity risks.

Such concerns are particularly troubling with respect to those employees remotely accessing systems upon which confidential or sensitive data is stored.

Fully half of the respondents with access to such information and piracy devices attached to their home networks had issues relating to malware during the previous 12 months. By contrast, less than 20 percent of those not using piracy devices reported malware infections. 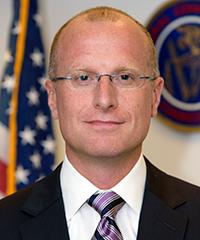 In a Tuesday post to the Free State Foundation's Blog, I reported that both chambers of the Maryland General Assembly had voted, by substantial margins, to override Governor Larry Hogan's veto of a gross revenues tax on digital advertising services. As anticipated, yesterday a group of trade associations sued in the U.S. District Court for the District of Maryland (Northern Division) seeking declaratory and injunctive relief.

Filed by the Chamber of Commerce of the United States of America, Internet Association, NetChoice, and the Computer & Communications Industry Association, the complaint alleges that H.B. 732 "is a punitive assault on digital, but not print, advertising" and "is illegal in myriad ways."

Specifically, the plaintiffs argue that H.B. 732 (1) "is preempted by the Internet Tax Freedom Act (ITFA), which prohibits States from imposing 'multiple and discriminatory taxes on electronic commerce,'" and (2) "violates the Due Process Clause and Commerce Clause of the United States Constitution by burdening and penalizing purely out-of-state conduct and interfering with foreign affairs."

A copy of the complaint can be found here.

H.B. 732, passed by the General Assembly at the end of the pandemic-shortened 2020 legislative session, was vetoed by Governor Larry Hogan. On Friday, the State Senate voted 29-17 to override that veto. The House of Delegates did the same the day prior, by an 88-48 margin. 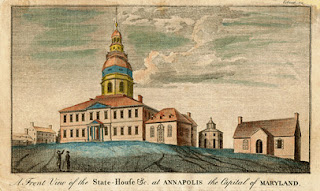 As Free State Foundation President Randolph J. May and I described last spring in a post to the FSF Blog and an op-ed in the Baltimore Sun, this tax will harm both consumers and businesses in Maryland. The higher marketing costs that result inevitably will lead to higher prices for the goods and services advertised, lower consumption, and reduced tax revenues. It also is vulnerable to legal challenges under the Permanent Internet Tax Freedom Act, the Commerce Clause, and the First Amendment.

S.B. 787 and companion bill H.B. 1200, introduced on February 5 and 8, respectively, would modify H.B. 732 by (1) exempting the "digital interfaces" (that is, websites and apps) of television and radio broadcasters and news media entities, and (2) prohibiting those subject to the tax from passing on its costs directly via a separate fee, surcharge, or line item. However, the proposed legislation would not bar providers of digital advertising services from recouping those costs indirectly via higher prices.