FCC Report on 911 Taxes Identifies States' Improper Use of Funds

On December 19, the FCC published its 11th Annual Report on State 911 taxes, in which it found that nearly $198 million in 911 taxes charged to voice service consumers were improperly diverted to non-911 purposes in 2018. That's down from the $285 million in 911 tax revenues the FCC found were improperly diverted by states in 2017. However, the 11th Report reveals that New Jersey, New York, and Rhode Island continue to be the worst offenders. The 11th Report identified over $186 million in diverted 911 tax dollars from New Jersey and New York combined. It's important that FCC keep these states in the spotlight and that both the Commission and Congress consider measures to hold those states and others accountable.
Posted by Seth L. Cooper at 3:21 PM

House of Representatives Passes the USMCA

On December 19, the House of Representatives passed H.R. 5430, the United States-Mexico-Canada Agreement Implementation Act. The House should be commended for its approval of the USMCA, which contains many provisions that will help strengthen Americans' copyrights in those neighboring nations.

Free State Foundation President Randolph May and I have previously described the pro-copyright merits of the USMCA and called on Congress to pass it. As I explained in my April 2019 Perspectives from FSF Scholars paper, "Trade Agreements Should Include Stronger Online Copyright Protections":

By negotiating for stronger copyright protections and enforcement in international trade agreements, the U.S. can help curb the significant economic losses sustained by American copyright owners. The proposed USMCA, signed by President Trump in October 2018, and likely to be voted on by Congress this year, includes many provisions that would modernize and strengthen protections for Americans' copyrighted works in Canada and Mexico. For instance, under the USMCA, each member nation would be required to secure copyright owners' full enjoyment of exclusive rights in sound recordings and public performances. Each nation would guarantee contractual liberty so that copyright owners can transfer their rights for full value. Also, each nation would make available stronger remedies in civil copyright infringement cases, including injunctive relief as well as statutory damages. And each nation would authorize their border officials to pursue, seize, and destroy pirated goods.

For more, see my similarly-titled October 2019 Perspectives paper, "Trade Agreements Should Strengthen Copyright Protections Against Piracy," which touches on the importance of the USMCA and other pro-copyright trade agreements in the context of the current problem of online piracy of movies and TV content.

Hopefully, the Senate will promptly take up and pass the USMCA in early 2020.
Posted by Seth L. Cooper at 2:42 PM

On December 4, the FCC released an order to retain its existing limits on radiofrequency (RF) emissions. According to paragraph 2 of the Commission's order:

After reviewing the extensive record submitted in response to that inquiry, we find no appropriate basis for and thus decline to propose amendments to our existing limits at this time. We take to heart the findings of the Food & Drug Administration (FDA), an expert agency regarding the health impacts of consumer products, that "[t]he weight of scientific evidence has not linked cell phones with any health problems." Despite requests from some to increase and others to decrease the existing limits, we believe they reflect the best available information concerning safe levels of RF exposure for workers and members of the general public, including inputs from our sister federal agencies charged with regulating safety and health and from well-established international standards.

Occasionally, local governments face pressure to assume a new role for themselves as wireless device health regulators based on spurious claims about RF emissions. And some local governments have even made misguided attempts to regulate wireless devices. Local governments ought to take note of the Commission's order and bring it to the attention of any citizens inquiring about RF emissions. The Commission, which has jurisdiction over RF emissions standards, has taken stock of the best evidence and analysis of the FDA in renewing its conclusion that cell phones are safe to use.
Posted by Seth L. Cooper at 8:26 PM 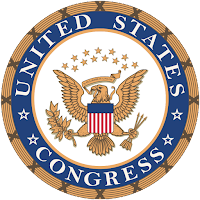 On December 4, the U.S. House of Representatives passed the TRACED Act (S. 151) by a 417-3 vote. The House version mergers provisions of S. 151 passed by the Senate in May with the Stop Bad Robocalls Act (H.R. 3375). H.R. 3375 was passed by the House in July. Among its provisions the Engrossed House bill for S. 151 would do the following:
According to reports, the similarity of the House's bill to the Senate bill makes it likely that the Senate will concur in the changes or otherwise reach consensus with the House and that the TRACED Act or "Pallone-Thune bill" will go to President Donald Trump for signature.


Additionally, on December 11, the Senate Commerce, Science, and Transportation Committee passed a substitute version of the Data Analytics Robocall Technology Act of 2019 or "DART Act" (S. 2204). The DART Act would require the FCC to issue a rulemaking on maintaining a list of numbers that are not eligible to be blocked by carriers, such as emergency- or weather-related numbers. The bill also would require the Commission to report to Congress on implementation of call-blocking and caller-ID authentication.
Posted by Seth L. Cooper at 7:43 PM

Today, the FCC adopted a proposed rulemaking that would make valuable unused spectrum available for unlicensed Wi-Fi uses. According to the Commission's news release:

[T]he Commission proposes to designate the lower 45 megahertz of the band for unlicensed uses like Wi-Fi. This 45 megahertz sub-band can be combined with existing unlicensed spectrum to provide cutting-edge high-throughput broadband applications on channels up to 160 megahertz wide.

Congratulations to the Commission and to Chairman Ajit Pai. The Commission's vote to issue its proposed rulemaking is an important step in making more spectrum resources available for wireless services.
Posted by Seth L. Cooper at 8:03 PM

In a report published by the Tax Foundation in late November, Scott Mackey and Ulrick Boesen provide an abundance of data on wireless taxes as well as government surcharges and fees imposed on wireless consumers. Their report, "Wireless Taxes and Fees Jump Sharply In 2019," tracks the overgrowth of wireless taxes over time and also compares overall tax bills faced by consumers in different states. As a general matter, states should not tax consumers of wireless services at rates higher than their general sales tax rates. Unfortunately,  the problem of over-taxation of wireless consumers appears to be growing. Consider this key report finding:

Since 2008, average monthly wireless service bills per subscriber have dropped from just under $50 per line per month to $37.85 per month–a 24 percent reduction. However, wireless taxes have increased from 15.1 percent to 21.7 percent of the average bill–a 44 percent increase.

If, like me, you have been following the long-running saga in which Ligado is seeking the FCC's permission to use the long dormant L-Band spectrum, you definitely should read the December 9 letter from former NASA Administrator Daniel Goldin to FCC Chairman Ajit Pai. Mr. Goldin's letter is here.

Please read the entire letter – the essence of which is to vigorously contest NTIA's position that Ligado's applications, which seek to deploy a hybrid terrestrial-satellite network in the L-Band that will provide “Internet of Things” services and boost America’s position in the global race to 5G, should not be granted.

In the meantime, here are a few key excerpts:

I do not purport to be an expert regarding spectrum interference or other engineering matters – although I know a heck of a lot more in this regard than I did over four decades ago when I first began participating in and studying Commission proceedings. I have a high degree of confidence that the FCC's engineers possess sufficient expertise to determine whether Mr. Goldin's and others' assertions regarding the 1DB C/N out-of-band standard for interference are correct. The notion that, if such a 1DB C/N out-of-band standard is adopted the Commission would be required to revoke a substantial amount of already-deployed spectrum, is surely troubling.

While I do not purport to be a spectrum engineering expert, I do consider myself an expert, by dent of considerable practical experience and "battle scars" as well as scholarly study and academic endeavors, regarding the operation of institutional bureaucratic and "public choice" imperatives frequently at work in agency matters. The fact of the matter is that there are incentives for one party or another to use the available administrative processes to protect its turf, and spectrum proceedings – including those involving government agencies – are by no means immune from this "self-protective" phenomenon. As Mr. Goldin aptly puts it, "[t]here is always a strong push to preserve the status quo."

In this instance, I submit, for the reasons Mr. Goldin cites, especially including the need to make available mid-band spectrum so that the U.S. does not fall behind China (or other nations) in the race to deploy 5G, that it is very important for the FCC to reject the urge to preserve the status quo. The Commission needs to move ahead to act on Ligado's long-pending applications. As Mr. Goldin puts it, "the stakes are too high not to act."

It would be wrong, of course, for the FCC not to give due consideration to NTIA's views regarding impacts on the use of government spectrum, especially including impacts on national security. Presumably, the FCC already has done so in preparing a draft order, and if it hasn't, it should.

At the end of the day, however, the FCC is an independent agency that must exercise its responsibility, based on its presumed expertise, to oversee the use of spectrum designated for private sector use in a way that serves the overall public interest.