I am grateful that Senator John Thune, Ranking Member of the Senate Committee on Commerce, Science, and Transportation, and FCC Commissioner Ajit Pai spoke at the Free State Foundation’s June 25 seminar, “Reforming Communications Policy in the Digital Age: The Path Forward.” And because it is such a pivotal time for communications policymaking, I am especially grateful that each used the occasion to deliver such important, substantive addresses.

Among those engaged in the debate, there are divergent views concerning the path forward for proper communications policy – in essence, one view embodies a pro-regulatory vision and the other a free market-oriented one. At the Free State Foundation, we work hard, based on our research and analysis, to articulate, on a principled basis, the case for the less regulatory, free market-oriented vision.

Senator Thune’s and Commissioner Pai’s Free State Foundation addresses constitute important contributions to the ongoing discussion concerning reform of our nation’s communications laws and policies. I urge you to review the full texts of their speeches here and here. But, in the meantime, please do take a few minutes to read the excerpts immediately below.

While some pro-regulatory advocates claim our communications sector is dominated by monopolies and duopolies, the evidence in the marketplace doesn’t support that view.  Monopoly markets are typically characterized by a lack of investment, a lack of innovation, no new entrants, and excessive profits.

Since 1996, the private sector has invested $1.2 trillion into building and constantly upgrading our nation’s communications networks, including about $60 billion annually in capital investments over the last few years.  Regarding market entry, we have already seen rampant intermodal competition in the telephone and video markets.  Not to mention efforts by companies like Google and DISH Network who are committed to becoming serious new broadband players.

As for excessive profits for communications providers, again, there’s little evidence.  Former Clinton Administration Official, Everett Ehrlich, found that Fortune 500 broadband companies had an average profit margin of just 3.7 percent.  The average profit margin for Fortune 500 Internet companies who offer services on top of the broadband infrastructure?  A whopping 24 percent.  As Ehrlich points out, “this sizeable difference makes clear that providers of broadband connectivity are not extracting undue profits from broadband users.”

Why does this all matter?  Because painting a picture of a dysfunctional communications and broadband marketplace is central to the efforts of pro-regulatory advocates who claim more government intervention into the online world is needed to fix a “broken system.”  Many of those who seek to regulate the Internet are using mistruths and hyperbole to scare both the public and policymakers into restricting economic and individual liberty.

The last time Congress significantly updated our communications laws was in 1996.  Back then, you had to pay for the Internet by the hour, and going online meant tying up your home’s telephone line.  There were only 100 thousand websites in 1996, and Google and Wikipedia had not been created yet.  Today there are nearly 900 million websites.

The bipartisan and deregulatory Telecommunications Act of 1996 encouraged intermodal competition and provided a light regulatory touch for information services.  Bipartisan leadership at the FCC reinforced the light touch for the Internet when implementing the law.  All of this fostered an era of convergence and innovation in the communications space.  Cable companies started to compete with telcos, telcos got into the cable TV business, and everyone started offering Internet access.

This, of course, is much easier said than done.  Modernizing the laws governing the communications and technology sectors is no small task, which is why I am glad my colleagues in the House of Representatives have already begun examining the regulation of the communications industry.

Now, I’m not saying that the Internet should be a lawless frontier free from any government oversight.  That is the sort of straw-man accusation leveled by those who want to avoid doing the hard work of justifying regulations for the Internet ecosystem.  Even so, policymakers must be careful to preserve the light-touch regime, first implemented by the Clinton Administration, that has been so successful in making us the digital envy of the world.

Some people, however, want to completely upset that regime and instead want to see the Internet shackled with Title II of the Communications Act.  Title II is certainly not a “light touch,” not with its burdensome rate regulation, property valuation, and discontinuance provisions, along with many others.

Traditional wireline telephony now makes up just 22 percent of the 443 million phone lines in America, and that rate continues to decline each year.  When consumers are rapidly abandoning traditional Title II services, it makes little sense to apply Title II regulations to today’s new technologies and business models.  Even Google seems keen on avoiding the morass of Title II—the Internet giant has specifically chosen not to offer telephone services with its Google Fiber broadband product because it wants to avoid the regulatory burdens that come along with it.

Another reason I oppose Title II reclassification is because regulating an industry as if it were a public utility monopoly is the surest way to guarantee the industry will become a monopoly.  As I discussed earlier, the evidence in the marketplace makes it clear that our broadband market is dynamic and competitive—not at all like the early days of Ma Bell that Title II was intended for.  Public utility regulation traditionally is intended to do two things—protect the public from the harms of a monopoly, while simultaneously protecting that monopoly.  Since the broadband market is demonstrably not a monopoly, regulating it as a public utility would only make the industry less competitive and less innovative.  Or, in other words, make it more like a monopoly.

I don’t mean to suggest that our nation’s broadband policy has been perfect. It hasn’t. There’s certainly more we should be doing to clear out the regulatory underbrush that deters infrastructure investment and broadband deployment. But when it comes to our fundamental choice of a regulatory model, the United States has gotten it right.

Of course, there are those who disagree, and their voices have become louder of late. Many are now claiming that the only way to protect the Internet from ruin is to reclassify broadband as a Title II service. In other words, they want to end the minimal regulatory environment for broadband and replace it with rules based on 19th century railroad regulation.

This makes no sense. The common-carriage rules of Title II were designed to control one company that had a monopoly on long-distance telephone service, not the 1,712 companies that now compete to provide broadband service to the American consumer.

And beyond the sloganeering, there are any number of complicated questions to which I have yet to hear an answer. How much would consumers’ broadband prices go up to pay for the universal service charges all carriers must contribute? Why should we apply anti-consumer rules like tariffing to the broadband world? How would the Part 36 separations process apply to apportion the various components of the network between the several states and the FCC for regulatory purposes? And why should we open the door to actual access charges, imposed on edge providers, content delivery networks, and transit operators without their consent?

This means that uncertainty will hang over the marketplace for a long time. How many years would it take us to decide which parts of Title II merit forbearance? How many provisions must we even examine? When we still haven’t collected data in the special access proceeding, about a year-and-a-half after authorizing that collection, how could we possibly expect to timely gather data to handle the wider broadband market? And in a rapidly changing industry, how enduring would a particular FCC snapshot of the marketplace, upon which critical investment decisions would rely, really be?

But aside from the mechanics of implementing Title II, we need to ask a more basic question. Where would Title II regulation lead? One good indication is to compare the results produced by the American regulatory model to those of a more intrusive regulatory model: Europe’s. Rather than taking a light-touch regulatory approach to broadband, the European model treats broadband as a public utility, imposes telephone-style regulation, and purports to focus on promoting service-based (rather than facilities-based) competition.

The results of the public-utility model speak for themselves. Eighty-two percent of Americans (and 48 percent of rural Americans) have access to 25 Mbps broadband speeds. In Europe, those figures are only 54 percent and 12 percent, respectively. And these figures aren’t skewed by less developed countries; in France, the figures are 24 percent and 1 percent, respectively. Similarly, American broadband companies are investing more than twice as much as their European counterparts ($562 per household v. $244), and deploying fiber-to-the-premises about twice as often (23 percent v. 12 percent). Small wonder, then, that the European Commission itself has said that “Europe is losing the global race to build fast fixed broadband connections.”

*  *  *
NOTE: There also was an excellent panel discussion at the event with John Bergmayer, Public Knowledge; Scott Cleland, Precursor LLC; and Adam Thierer, Mercatus Center at George Mason University. A transcript of that session will be published in due course.


Next Wednesday, June 25 is the Free State Foundation’s policy seminar titled, "Reforming Communications Policy in the Digital Age: The Path Forward," at the Capitol Visitors Center, Washington, DC. Senator John Thune, the Ranking Member of the Commerce, Science, and Transportation Committee, will deliver the Opening Keynote Address, followed by FCC Commissioner Ajit Pai, who will provide a view from the FCC.
The discussion will continue with reactions from John Bergmayer, Public Knowledge, Scott Cleland, Precursor® LLC, and Adam Thierer, Mercatus Center at George Mason University, and questions and comments from the audience. To register, click here. For additional information, click here.
Posted by kbaker at 11:29 AM 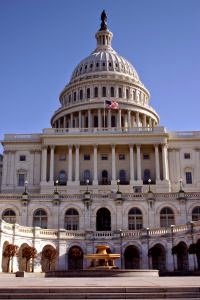 As reported by news outlets, the House Judiciary Committee has just passed H.R. 3086 - "The Permanent Tax Freedom Act." The legislation was approved with a 30-4 vote.

H.R. 3086 is sponsored by Chairman Bob Goodlatte, and co-sponsored by Reps. Eshoo, Bachus, Cohen, and Chabot. As the title suggests, the bill would extend the current moratorium on federal and state Internet access taxes by making it a permanent tax ban. The existing moratorium is set to expire at the end of 2014.

Congratulations to the sponsor, co-sponsors, and House Judiciary Committee. The Committee's vote on H.R. 3086 is an important step toward permanently ensuring that Internet access will remain tax free.
Posted by Seth L. Cooper at 12:46 AM


Deborah Taylor Tate, a Distinguished Adjunct Senior Fellow at the Free State Foundation and former FCC Commissioner, is a presenter today, June 17, at the Aspen Task Force on Learning and the Internet’s Task Force’s launch of its new report highlighting 26 ways to ensure kids have safe, vibrant learning opportunities in and out of school. The presentation, held at Aspen’s Washington, DC office from 3:30-4:30 p.m., will be live-streamed at www.aspeninstitute.org/events/live and bit.ly/IMbp1D. You can get the @AspenTaskForce report at aspentaskforce.org.
The Aspen Task Force on Learning and the Internet is a group of 20 innovative and respected minds in technology, public policy, education, business, privacy and safety. The Task Force’s goal was to understand the ways in which young people learn today and to optimize learning and innovation within a trusted environment. Ms. Tate is the ITU Special Envoy and Laureate for Child Online Protection.