This Memorial Day message marks my twelfth consecutive one. When I wrote the first message, back in 2006, I had no idea then that I necessarily would write one the next year, or that it would become a tradition. But I suppose as a conservative in the Burkean sense, traditions matter, at least rightful ones. So, this tradition continues to exert its pull on me as I think about the true meaning of Memorial Day.


And I hope this brief departure from the normal fare is not an entirely unwelcome intrusion, but perhaps rather a cause for a pause for a moment of reflection. 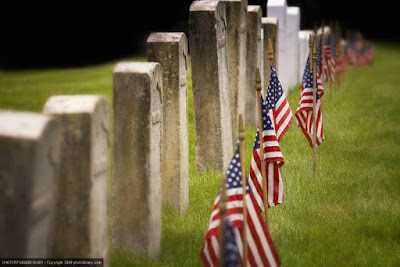 This year I want to let Oliver Wendell Holmes do most of the work of calling to mind the sacrifice of those we remember on Memorial Day and why remembering matters. On May 30, 1884, Holmes, himself a thrice-wounded Civil War veteran and later a distinguished Justice of the Supreme Court, delivered a remarkable Decoration Day address in Keane, New Hampshire. What then was called Decoration Day, a reference to the practice of decorating the graves of the fallen, is now commonly called Memorial Day.


Holmes’ address was titled, “In Our Youth Our Hearts Were Touched with Fire.” Here are its first words: “Not long ago I heard a young man ask why people still kept up Memorial Day, and it set me thinking of the answer.”


If you can spare the time, Holmes’ answer is worth reading in its entirety. But if not, here are the three concluding paragraphs:


[T]he generation that carried on the war has been set apart by its experience. Through our great good fortune, in our youth our hearts were touched with fire. It was given to us to learn at the outset that life is a profound and passionate thing. While we are permitted to scorn nothing but indifference, and do not pretend to undervalue the worldly rewards of ambition, we have seen with our own eyes, beyond and above the gold fields, the snowy heights of honor, and it is for us to bear the report to those who come after us. But, above all, we have learned that whether a man accepts from Fortune her spade, and will look downward and dig, or from Aspiration her axe and cord, and will scale the ice, the one and only success which it is his to command is to bring to his work a mighty heart.


Such hearts – ah me, how many! – were stilled twenty years ago; and to us who remain behind is left this day of memories. Every year – in the full tide of spring, at the height of the symphony of flowers and love and life – there comes a pause, and through the silence we hear the lonely pipe of death. Year after year lovers wandering under the apple trees and through the clover and deep grass are surprised with sudden tears as they see black veiled figures stealing through the morning to a soldier's grave. Year after year the comrades of the dead follow, with public honor, procession and commemorative flags and funeral march – honor and grief from us who stand almost alone, and have seen the best and noblest of our generation pass away.


But grief is not the end of all. I seem to hear the funeral march become a paean. I see beyond the forest the moving banners of a hidden column. Our dead brothers still live for us, and bid us think of life, not death – of life to which in their youth they lent the passion and joy of the spring.


Or, as Cicero put it simply: “The life of the dead is placed in the memory of the living.”


Or, finally, as John Adams, declared: “Our obligations to our country never cease but with our lives.”


Even today, as so often in our country’s history, our servicemen and women continue to give their lives and limbs in the service of our country. Whether by recalling the words of Holmes, Cicero, Adams, or any others, let us remember their sacrifices.