Earlier this month, the Mercatus Center at George Mason University released its 2018 edition of "Ranking the States by Fiscal Condition," which analyzes each state’s financial health based on short- and long-term debt and other key fiscal obligations, such as unfunded pensions and healthcare benefits.


In the 2018 edition, Maryland ranks 33rd among the states in overall fiscal condition. This is an increase of 13 spots from 46th overall in 2017. Importantly, this report uses data from fiscal year 2016, which is the first full year of Maryland Governor Larry Hogan's term. As Free State Foundation President Randolph May and I have discussed in three different Perspectives from FSF Scholars, Governor Hogan has made commendable efforts to improve Maryland's business climate by eliminating or reducing unnecessary regulations and taxes. (See here, here, and here.) 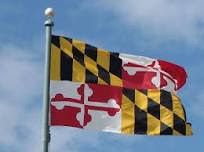 In the Mercatus report, assessment of fiscal condition is broken down into five categories:


One significant issue Maryland policymakers should address is the state's looming unfunded liabilities. Maryland has nearly $21 billion in unfunded pension liabilities and has a funded ratio of 71%. This means the value of the state’s assets are 71% of the value of the state’s pension obligations. The most effective plan for decreasing Maryland's long-term debt and fixing its fiscal condition goes hand-in-hand with Governor Hogan’s efforts to improve the state's business climate.
By reducing the burdens of taxes and regulations, Governor Hogan's reforms are intended to continue to attract more businesses into Maryland. In turn, this will expand Maryland's tax base, increase tax revenue, and improve Maryland's fiscal condition by diminishing the amount of unfunded liabilities overtime. Moreover, lessening the burden on current and future taxpayers by decreasing long-term debt will stimulate the economy and create more jobs throughout Maryland.
It is fairly clear that Governor Hogan's tax and regulatory reforms are having a positive impact on Maryland's overall fiscal condition. In the first full fiscal year of Governor Hogan's term, Maryland moved up 13 spots in the Mercatus ranking. Based on the achievements that the Hogan Administration has made over the last couple of years in terms of eliminating outdated and unnecessary regulations, Maryland's fiscal health ranking should continue to improve.
In the meantime, the Maryland General Assembly should work harder to collaborate with Governor Hogan's efforts to decrease tax and regulatory burdens. This will have a positive impact on Maryland's long-term fiscal condition.
Posted by Unknown at 1:38 PM