There have been two recent developments of note on the topic of privacy at the federal level, specifically before the Senate Committee on Commerce, Science, & Transportation. 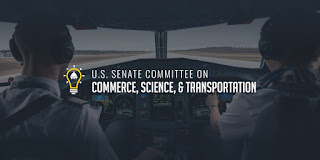 The SAFE DATA Act is a revised and expanded version of a November 2019 staff discussion draft that I summarized in a Perspectives from FSF Scholars, "Federal Privacy Legislation: Bipartisan Discussions Devolve into Dueling Drafts."

The bill formerly known as the United States Consumer Data Privacy Act "has been updated to clarify definitions, expand the scope of data that is covered under the bill, and protect consumers from being manipulated by algorithms used by online platforms."

It also appropriates $100 million to the FTC to carry out its provisions and authorizes the agency to obtain monetary relief on behalf of consumers for violations of the FTC Act.

Second, the Commerce Committee on September 23 held a hearing on the topic of privacy. Witnesses at "Revisiting the Need for Federal Data Privacy Legislation" included:

Among other things, the hearing focused on the heightened need for federal privacy legislation in light of the COVID-19 pandemic and the effectiveness of the California Consumer Privacy Act (CCPA) and its implementing rules.

Press reports indicate that, while a private right of action and preemption of state laws continue to serve as sticking points, lawmakers instead emphasized those areas upon which they agree. Nevertheless, it remains to be seen whether Congress will act this year.