On October 22, the U.S. Court of Appeals for the 9th Circuit issued an order denying en banc review of the August 2020 decision in City of Portland v. U.S. In that earlier decision, a panel of the 9th Circuit upheld FCC orders that reformed the agency's rules regarding broadband infrastructure siting and pole attachments. Among other things, the court's decision upheld most of the Commission's Small Cell Order, which clears away barriers to installing antennas that are crucial for 5G network services. 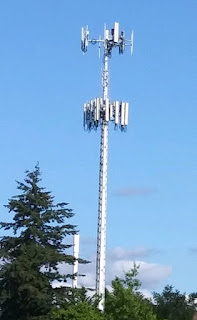 The City of Portland v. U.S. decision was the subject of my blog post on September 2.

[I]n City of Portland v. FCC, 969 F.3d 1020 (9th Cir. 2020), the U.S. Court of Appeals for the Ninth Circuit earlier this year largely affirmed two FCC orders clarifying the scope of a preemption provision in the Communications Act that provides that states and localities may not take actions that "have the effect of prohibiting" telecommunications service. Citing City of Arlington, the court said that "[w]here terms of the Telecommunications Act are ambiguous, we defer to the FCC's reasonable interpretations."

General Counsel Johnson went on to write that "City of Arlington [v. FCC, 569 U.S. 290 (2013)] and City of Portland make clear that the FCC can clarify even those ambiguous statutory provisions within the Act that are arguably directed toward courts—such as preemption or jurisdictional provisions."