Once again, the possibility that the FCC might exercise its authority to preempt "excessive, unreasonable, and discriminatory" right-of-way requirements under Section 253 of the Communications Act has prompted positive change at the local level.

On May 10, 2021, Bluebird Network (Bluebird) submitted to the Commission a Petition for Declaratory Ruling seeking relief under Section 253(d). Bluebird argued that the $1.91 per linear foot right-of-way fee charged by the City of Columbia, Missouri, "violates Section 253 by materially inhibiting Bluebird's ability to bring competitive broadband services to customers in the City, which will constrain broadband deployment and perpetuate the digital divide." 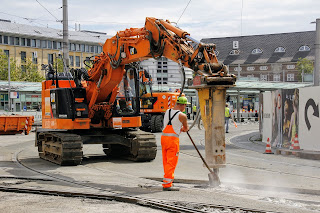 Pursuant to Section 253(a), "[n]o State or local statute or regulation, or other State or local legal requirement, may prohibit or have the effect of prohibiting the ability of any entity to provide any interstate or intrastate telecommunications service."

After Bluebird filed its petition, the Missouri legislature passed H.B. 271, which bars the City of Columbia from collecting the fees at issue. In response, Bluebird filed a Motion to Withdraw on November 9, 2021.

This outcome evokes the dispute I described in a recent post to the Free State Foundation's blog, "City's Preferential Treatment of Fiber-Based Broadband Raises Competition Concerns."

In that case, Mediacom Communications Corporation (Mediacom) objected to actions by the City of West Des Moines, Iowa, that it argued would provide Google Fiber, as a practical matter, with exclusive use of a $50 million city-financed fiber-specific conduit network.

Shortly After Mediacom filed its Petition for Expedited Declaratory Ruling, the City of West Des Moines and Google Fiber amended their agreement to reduce the period of the latter's exclusive use of the conduit network from 18 to 6 months.

And on October 15, 2021, Mediacom and West Des Moines notified the FCC that they had negotiated an agreement in principle to settle their dispute.  In response, the Wireline Competition Bureau on October 25, 2021, adopted an Order pausing the pleading cycle to provide the parties with additional time to work out the specific details of their settlement.

Thus, it appears that the mere specter of Commission preemption pursuant to Section 253 performs a potent role in assuring that providers have reasonable access to local rights-of-way.