Virginia is poised to become the second state to adopt a data privacy law. California led the way, first with the passage in 2018 of the California Consumer Privacy Act (CCPA) and, more recently, via voter approval in the November 2020 election of Proposition 24, the California Privacy Rights Act (CPRA). 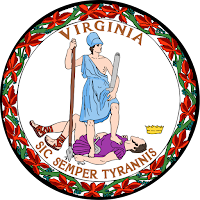 On February 3, the Virginia Senate unanimously passed SB 1392, identical companion legislation to HB 2307, which easily cleared the House of Delegates by a 89-9 vote on January 29. Should Governor Ralph Northam sign the bill into law, it would become effective on January 1, 2023.

I have argued in posts to the Free State Foundation Blog as well as Perspectives from FSF Scholars that what is needed is a single set of privacy rules that apply nationwide and preempt state laws. In the absence of federal legislation, however, we continue to see activity at the state level.