On Wednesday, September 29, 2021, the Senate Committee on Commerce, Science, & Transportation held its first hearing of the year on data privacy, "Protecting Consumer Privacy."

As one might expect, there was widespread agreement on the need to both pass a federal data privacy law and provide the FTC with greater resources. 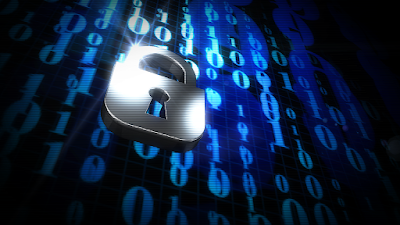 The disagreements centered on the usual suspects – that is, preemption of state laws and a private right of action – along with (1) the amount of additional dollars to be allocated to the FTC, and (2) whether it would be appropriate for the agency to initiate a privacy rulemaking in the absence of congressional progress, an issue I touched upon in a Wednesday post to the FSF Blog.

In her Majority Statement, Chair Maria Cantwell (D - WA) emphasized the need to better empower the FTC, noting with approval that the Budget Reconciliation Act in its current form would make $1 billion available over ten years to establish and fund a new Privacy Bureau.

In his Minority Statement, Ranking Member Roger Wicker (R - MS) wrote that "the need for strong data privacy rules has become more urgent" over the past year and reiterated that he is "open" to a narrow private right of action that does not "stifl[e] innovation and marketplace competition or lead[] to unjustified financial windfalls for plaintiff attorneys."

In addition, he urged President Biden "to appoint someone – a specific person – among his senior staff to be a liaison to Congress on this issue and to prioritize the enactment of a data privacy law this year."

Finally, he voiced his objection to the possibility of an FTC rulemaking, asserting that "[o]nly Congress can develop longstanding data protections for consumers that meaningfully safeguard their personal information." (See below for more on this topic from Senator Wicker.)

A video archive of the hearing can be found here.

This was the first in a series of three Senate Commerce Committee hearings on data privacy and security. The next, entitled "Enhancing Data Security," will take place at 10 am EDT on Wednesday, October 6, 2021.

That same day, The Wall Street Journal (subscription required) reported that agency Chair Lina Khan is considering such a step.

The trio wrote that Congress has not granted the FTC "the authority to write comprehensive national privacy rules" and that "[a]ttempting to rewrite privacy law by executive fiat would be a blatant overreach that would almost certainly invite legal challenges."

They also argued that, as a matter of sound policy, "[a] national law must be the product of debate and compromise among the people's representatives."

The authors did, however, acknowledge that the FTC is the appropriate government entity to enforce a federal law once enacted, describing it as "the most effective privacy enforcer in the world."