Section 623(a)(2) of the 1984 Cable Act unambiguously states that, upon a determination by the FCC that a cable operator is subject to effective competition, "the rates for the provision of cable service by such system shall not be subject to regulation." Section 636(c), meanwhile, expressly preempts any provision of law that is inconsistent with Section 623(a)(2) (as well as with Section 623(a)(1), which states that "[n]o Federal Agency or State may regulate the rates for the provision of cable service except to the extent provided under this section."). 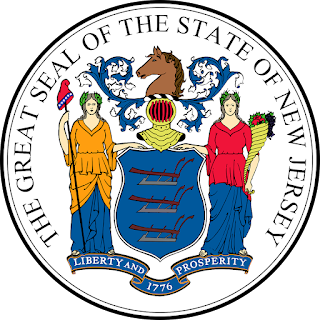 Nevertheless, and as I wrote in an April 2021 Perspectives from FSF Scholars, "State Cable Bills Prorating Requirements Clearly Are Preempted," two states – Maine and New Jersey – have attempted to require cable operators, and cable operators alone, to charge customers for service on a per-day basis.

Fortunately, in both cases a federal district court intervened.

In March 2020, Maine passed Public Law Ch. 657, "An Act To Require a Cable System Operator To Provide a Pro Rata Credit When Service Is Cancelled by a Subscriber." It states that a cable operator "shall grant a subscriber a pro rata credit or rebate for the days of the monthly billing period after the cancellation of service if that subscriber requests cancellation of service 3 or more working days before the end of the monthly billing period."

In an October 2020 opinion, the U.S. District Court of Maine held that obligation to be "unambiguously preempted" by the 1984 Cable Act. Specifically, the court concluded that a mandate to prorate last-month bills effectively requires cable operators to bill on a per-day basis, and therefore is a form of rate regulation preempted by Section 623(a)(1) – not a consumer protection law or customer service standard for which Section 632 creates an exception to the general rule.

In March 2021, the District Court of New Jersey considered a challenge by Altice to Section 14:18-3.8 of the New Jersey Board of Public Utilities' (BPU) rules, a provision that that court found to be "virtually identical" to Maine Public Law Ch. 657. In an opinion that quoted extensively from the Maine District Court's decision, it not surprisingly reached the identical conclusion.

In addition to filing suit in federal district court, Altice also appealed the cease-and-desist order issued by the New Jersey BPU to the Superior Court of New Jersey, Appellate Division. On October 15, 2021, in an unpublished opinion, that court embraced the reasoning of the New Jersey District Court (and, by extension, the Maine District Court) and invalidated the BPU's cease-and desist order.

Notably, in both of these instances the prorated billing requirement applies exclusively to cable systems. Rival Multichannel Video Programming Distributors (MVPDs), including satellite operators, telco TV providers, and "virtual" MVPDs that distribute content over the Internet, a growing category that includes YouTube TV, Sling TV, and Hulu + Live TV, are free to bill on a monthly basis – a practice that many in fact have embraced.

As such, these court decisions, at the federal and now state levels, don't merely affirm the intent of Congress. They also serve to remove arbitrary barriers that impact only one segment of the video distribution marketplace.

Given the ever-growing prominence of streaming services (Netflix, Hulu, Amazon Prime Video, Disney+, Apple TV+, HBO MAX, and countless others), it is appropriate that regulations premised upon (at best) outdated assumptions be eliminated at every opportunity.