In "Pixel by Pixel, Video Streaming's Ascension Comes Into Focus," a September 2021 Perspectives from FSF Scholars, I reported that the growth of Internet-based alternatives to traditional, facilities-based multichannel video programming distributors (MVPDs) may be slowing. More recent data, however, indicates that the opposite is true: virtual MVPD (vMVPD) subscriber totals have nearly doubled over the past year. Over the same period, the number of traditional MVPD customers has continued its downward trend.

There is no question that consumers are turning away from legacy video programming offerings and toward the many streaming options available – and that, consequently, both Congress and the FCC need do more to remove outdated regulations that exclusively target facilities-based providers (that is, cable operators, Direct Broadcast Satellite operators, and telco TV providers). 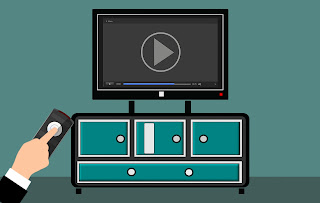 For more on this point, please see "Streaming Continues to Redefine the Video Landscape: It's Past Time to Eliminate Legacy Regulations," a Perspectives I wrote for the Free State Foundation in July 2021.

The sheer number of subscribers to primarily library-based services like Netflix (214 million), Amazon Prime (over 200 million), Disney+ (118 million), and Hulu (43 million) suggests that preferences are trending away from these types of offerings toward a self-curated collection of more targeted options.

This hypothesis is bolstered by two data points.

One, the number of consumers who obtain service from traditional MVPDs continues to decline. According to the Leichtman Research Group, total subscribers to the top seven cable operators decreased by more than five percent, from 44.3 million to 41.9 million, between Q3 2020 and Q3 2021. Notably, Hulu, number four on the list of top streaming services, now has more subscribers than the top seven cable operators combined.

According to Parks Associates, however, the number of broadband households subscribing to vMPVDs – which replicate the traditional product offered by facilities-based providers but deliver content over a user-provided broadband connection to a consumer-owned streaming device or smart TV – is now "nearly double" what it was just one year ago: 19 percent.