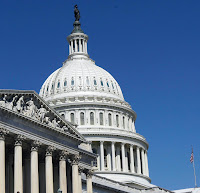 On August 18, a letter signed by thirteen senators was sent to Secretary of Commerce Gina Raimondo, calling attention to aspects of the NTIA's Notice of Funding Opportunity ("NOFO") for the Broadband Equity, Access, and Deployment (BEAD) Program that are contrary to directives made by Congress in the Infrastructure Investment and Jobs Act. The letter is worthwhile reading and NTIA should take up the senators' recommendations and make changes to its NOFO in order to help ensure that the BEAD Program conforms to the Infrastructure Act.

One of the problems with the NOFO has to do with its provisions that impose or at least encourage controls on broadband prices. According to the senators' August 18 letter to Secretary Raimondo:

The law clearly states: "Nothing in this title may be construed to authorize the Assistant Secretary or the National Telecommunications and Information Administration to regulate the rates charged for broadband service." In your recent testimony before Congress on April 27, 2022, you recognized this express prohibition on rate regulation. You also noted that State plans to address affordability may not involve rate regulation.

The NOFO, however, appears to open the door to rate regulation by imposing several requirements not included in the law. The NOFO even suggests a price point of $30 dollars for states to adopt for low-cost options. This appears to be an attempt to pressure Eligible Entities to set rates deemed appropriate by NTIA. Additionally, the NOFO prohibits all data usage-based pricing options, which many existing providers use in conjunction with different tiers of service. This requirement could discourage provider participation by conditioning grants on substantial changes to their current practices. Additionally, the NOFO states that, "each Eligible Entity must include in its Initial and Final Proposals a middle-class affordability plan to ensure that all consumers have access to affordable high-speed internet." A "middle-class affordability plan" is a new term that does not appear in the law. Asking States to pursue various strategies for achieving this new objective, including by requiring "providers receiving [BEAD] funds to offer low- cost, high-speed plans to all middle-class households using the BEAD-funded network," is another indirect form of rate regulation. Elsewhere, the NOFO requires States to review the affordability of a 1 Gbps symmetric service and 100/20 Mbps service as part of their prioritization for program scoring. That requirement is also not part of the law.

Congress did not invite States to adopt rate regulations that the statute plainly prohibits, nor can NTIA go beyond the statutory affordability initiatives in the law. Unfortunately, the NOFO does not fully conform to this clear limitation and, if NTIA or States move in this direction, it could deter participation in the BEAD program. We therefore urge NTIA to rescind or correct these portions of the NOFO and make clear to States that rate regulation of broadband service is prohibited under this program.

Indeed, NTIA ought to make the changes prescribed in the senators' letter and alleviate these reasonable concerns that the BEAD Program will result in federal price controls on broadband services.

Additionally, the senators' letter calls out the NOFO's provisions that discard technological neutrality by favoring fiber technology. FSF Senior Fellow Andrew Long called attention to this problem with the NOFO and the need for NTIA to correct it in his May 24 Perspectives from FSF Scholars, "Future Guidance Can Fix NTIA's Flawed "Fiber-First" Approach." Also, the letter takes issue with the provisions in the NOFO that give preferences to government-owned broadband networks in the BEAD Program grant award process. Those concerning NOFO provisions were addressed in my May 26 Perspectives, "NTIA's Broadband Subsidies Must Respect State Law Limits on Government-Owned Networks."

The senators' letter rightly calls for changes to fix the NOFO's provisions favoring technological non-neutrality and government-owned networks and to bring the BEAD Program more in line with the Infrastructure Act.