In Debate Over Radio Royalties, Congress Should Favor Property Rights

An article published in Law360 on August 31 covers the ongoing debate in Congress over whether AM/FM radio stations ought to pay royalties when the stations play copyrighted sound recordings over-the-air. Mixed into the debate is an attempt by some radio broadcasters to equate copyright royalties with taxes. But it's a ruse and easy to see through. Royalties are rooted in intellectual property (IP) rights, and Congress should recognize the right of sound recording owners to receive royalties when their copyrighted music is played on the radio. 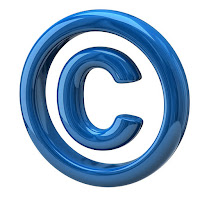 The Law360 article mentions House Concurrent Resolution 33, which opposes recognizing the exclusive right of music recording owners to receive royalties when radio stations, including for-profit stations, broadcast their intellectual property (IP). House Concurrent Resolution 33 (H.Con.Res.33) states that "Congress should not impose any new performance fee, tax, royalty, or other charge relating to the public performance of sound recordings on a local radio station for broadcasting sound recordings over-the-air, or on any business for such public performance of sound recordings."

It's bothersome that the House resolution lumps in public performance royalties with government fees and taxes. There are obvious, categorical differences between those things, but the resolution's language appears intended to blur the distinctions. Royalties are not taxes or government fees. Royalties come from private property rights. They are proceeds from the use of one's private property by another private party.

For a legislative approach to this topic that better respects IP rights, see my August 2021 Perspectives from FSF Scholars, "Congress Should Secure Full Copyright Protections from Sound Recordings" and my February 2022 Perspectives, "American Music Fairness Act Would Secure Copyrights in Sound Recordings." As explained in those papers, the American Music Fairness Act (H.R. 4130) would finally recognize that sound recording owners have a public performance right to receive royalties when their copyrighted works are played over-the-air by AM/FM radio stations. The Constitution's Article I, Section 8 Copyright Clause gives Congress the responsibility to secure property rights in creative works such as sound recordings. And the American Music Fairness Act, if enacted, would achieve a pro-property rights result. The House Judiciary Committee ought to favorably report the bill and the House ought to pass it.