NTIA and the FCC have an opportunity to jump-start a new wave of broadband innovation that will boost economic productivity and consumer welfare. On May 31, Ligado Networks filed an amendment to its application to deploy a hybrid terrestrial-satellite network in the L-Band that will provide “Internet of Things” services and boost America’s position in the global race to 5G. The amendment is aimed at providing protection to certified aviation Global Positioning System (GPS) devices from signal interference by reducing power levels for downlinks to Ligado’s base stations.

In its role as manager of the federal government’s use of spectrum, NTIA is tasked with evaluating Ligado’s application and coordinating the Executive Branch’s response. And the FCC has final approval authority over Ligado’s license application. Each agency should promptly carry out its responsibilities so that a final decision can be made on Ligado’s application.

Since emerging from bankruptcy in 2015, from all indications, Ligado has cooperated with federal agencies in testing technologies and techniques to resolve claimed interference issues. And, it appears that, based on extensive efforts, Ligado has resolved most signal interference issues, or at least reduced their scope. In light of the progress that has been made, NTIA and the FCC should be in a position to make a final decision on Ligado’s application soon. Otherwise, the L-band spectrum will remain unused, resulting in untold billions in lost opportunity costs. 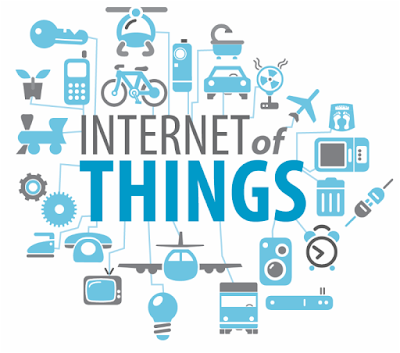 Accenture has projected that global IoT-related real GDP contributions will total $10.6 trillion dollars by 2030. A May 2016 report (PDF page 39 and following) by economist Coleman Bazelon projected that Ligado’s network would generate between $250 and $500 billion in social welfare benefits by relieving growing demand pressure for mobile wireless broadband services. For its part, Ligado has publicly stated its intent to invest $800 million in satellite and terrestrial network infrastructure, thereby creating approximately 8,000 jobs.

Although the FCC has the ultimate authority to act on Ligado’s application, a timely positive evaluation of that application by NTIA, as a practical matter, apparently is a necessary predicate. NTIA is the federal government agency with primary responsibility for spectrum policy. NTIA Administrator David Redl deserves credit for recognizing the need to put L-band spectrum into use in a timely fashion while, at the same time, trying to ensure, to the extent feasible, that government operations in adjacent bands are protected.

In a written answer to questions connected to his March 2017 confirmation hearing, Mr. Redl explained: “Protection of GPS has been, and should be, a priority for NTIA. However, that does not mean that the remainder of the L-band cannot be maximized for other uses.” He emphasized the need to coordinate between spectrum users “to best ensure no part of the spectrum goes underused.” It is important now for NTIA to do whatever it can so Ligado’s application to deploy a hybrid terrestrial-satellite network can be acted on by the FCC.

Ligado has cooperated with federal agencies in testing technologies and addressing potential spectrum signal interference issues with GPS operations. Ligado has also reached agreements with major GPS providers on technical measures to avoid signal interference. For instance, Ligado agreed to establish what is effectively a new 23 MHz guard band for GPS services by relinquishing its terrestrial mobile service authorization for the spectrum band nearest to the GPS allocation. Now, Ligado’s May 31 amendment to its application will further reduce downlink power levels to avoid signal interference with certified aviation GPS devices. With all the progress that has been made to date to resolve interference claims, it is incumbent on NTIA and the FCC to act with dispatch now so that Ligado’s application can finally be resolved.

Given the tremendous value of the L-band spectrum and the potential economic benefits – potentially in the hundreds of billions of dollars – to be realized from putting it to use, further delay in considering Ligado’s hybrid terrestrial-satellite network application is costly. Acting on the application presents an opportunity to further America’s advancement in the global race to 5G and to enable next-generation IoT services.
Posted by Seth L. Cooper at 9:00 AM