For a decade now, Comcast's Internet Essentials program has been bringing affordable broadband connections to low-income Americans. On the occasion of the program's tenth anniversary, Comcast has released a progress report that looks back on the program's accomplishments in closing digital divides. The report coincides with Comcast's announcement that it will dedicate $1 billion to the Internet Essentials program's future efforts bring broadband to 50 million more Americans with limited financial resources. 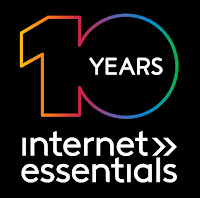 According to its 10-Year Progress Report, the Internet Essentials program has invested $700 million and helped connect 100 million Americans to the Internet. Some 40% of the growth in broadband adoption in Comcast's service footprint among low-income households with school-age children can be attributed to the Internet essentials program. Comcast also has provided subsidized laptops to 130,000 people with low-income. The program offers the option to purchase a low-cost computer for under $150.

Since the program started, broadband Internet speeds have increased from 1.5 Mbps in 2011 to 50 Mbps in 2021 – with the discount service price holding constant at $9.95 per month.

Free State Foundation President Randolph May has written about the Internet Essentials program in prior blog posts, including in 2020, 2019, 2018, and 2017.

Comcast's announcement that it will commit $1 billion to connecting low-income students, seniors, community centers, and non-profit organizations, including with WiFi technology, is terrific news. Many more low-income Americans surely will benefit from broadband Internet as a result of this significant private sector investment. Comcast deserves recognition for taking initiative and dedicating resources to bring more low-income Americans online. Here's to the next decade of the Internet Essentials program.