Pursuant to a court-approved agreement by the parties to a pending legal challenge, a Maine law that would have forced cable operators to unbundle the programming they offer to customers, but not rival distributors of multichannel programming, will not go into effect.

LD 832 states in its entirety that "[n]otwithstanding any provision in a franchise, a cable system operator shall offer subscribers the option of purchasing access to cable channels, or programs on cable channels, individually." 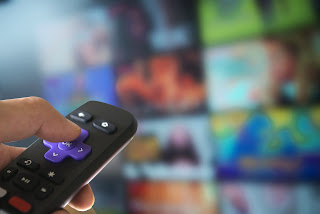 In the summer of 2019, Comcast of New Hampshire/Maine joined a group of cable programmers (Plaintiffs) to sue the Governor of Maine, the Attorney General, and a number of municipalities (Defendants) in the U.S. District Court of Maine.

Plaintiffs put forth three arguments in support of their request for declaratory and injunctive relief: (1) that LD 832 violates the First Amendment by singling out cable operators for disfavored treatment, (2) that it infringes upon Plaintiffs' constitutionally protected editorial discretion regarding how they choose to package programming, and (3) that it is preempted by Sections 544 and 556 of the Communications Act.

The District Court agreed with the first of these arguments and in December 2019 granted a preliminary injunction.

In "Maine's Cable Unbundling Law Violates the First Amendment," a July 2020 Perspectives from FSF Scholars, Free State Foundation President Randolph J. May and I took issue with the District Court's errant conclusion that cable operators' First Amendment protections, recognized by the Supreme Court in its 1994 Turner I decision, do not extend to the editorial decision to make (1) individual channels available to customers exclusively through tiers, and (2) individual programs available solely as part of channels.

In February 2021, the U.S. Court of Appeals for the First Circuit denied Defendants' appeal of the District Court's decision to grant a preliminary injunction, a development I described in a contemporaneous post to the FSF Blog.

In response, the parties agreed to put an end to their legal dispute, filing with the District Court a Joint Motion for Entry of Stipulated Final Judgment and Order for Declaratory and Permanent Injunctive Relief.

On April 23, the District Court issued an Order (1) declaring that LD 832 violates the First Amendment, and (2) permanently enjoining the Defendants from giving it effect.

Regrettably, the District Court's entry of this Order means that it will not have the opportunity to revisit its incorrect conclusion that the Maine law does not infringe cable operators' constitutionally protected editorial discretion with respect to the packaging of programming. Nor, for that matter, will Plaintiffs have the chance to develop the record more fully on the question of federal preemption.

Nevertheless, it certainly is welcome news that the saga of LD 832 has come to end.