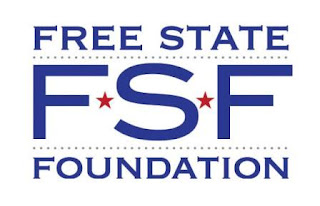 Free State Foundation President Randolph May issued the following statement in response to the decision of the Facebook Oversight Board’s ruling regarding Donald Trump’s Facebook account.

"As someone who has expressed serious concerns regarding the expanding impact of the Cancel Culture, I don’t have a particular problem with the Oversight Board’s decision regarding Donald Trump’s account. Indeed, I think the most important aspect of the Board’s decision is its determination that it was not appropriate for Facebook to impose an indefinite suspension with no criteria for when or whether Trump’s account will be restored. In chastising Facebook for applying a ‘vague, standardless penalty,’ the Board gets to the nub of the problem that creates so much unease with Big Tech’s cancellation power. So, I applaud its decision in this regard.
My primary concern is not whether, or how soon, Trump gets back on Facebook, Twitter, or any other platform. Personally, I’d be happier if he said much less about many things. Rather I’m concerned that any action regarding Trump, regardless of what you think about him, not detract from the larger conversation that, as a society, we need to have regarding the growing impact of the Cancel Culture in shrinking the space for legitimate public debate.”
Posted by kbaker at 11:58 AM