MEDIA ADVISORY: A BRIDGEAct Too Far

Regarding the introduction today by Senators Michael Bennet, Angus King, and Rob Portman of the BRIDGE Act, the following statement may be attributed to Free State Foundation President Randolph May: 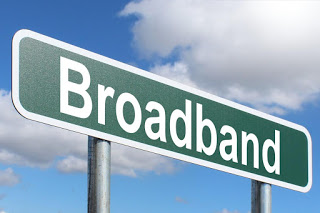 “While I am sympathetic to ongoing efforts in Congress to find proper solutions that further broadband deployment and adoption in order to bridge remaining digital divides, I’m troubled by several aspects of the BRIDGEAct introduced by Senators Michael Bennet, Angus King, and Rob Portman. For example, by requiring the adoption of a specific low-income option and prohibiting rate caps, the law, in effect, would be engaging in a form of rate regulation that is ill-suited to the capital-intensive, technologically-dynamic broadband Internet marketplace. Also very troubling is the pronounced tilt favoring local government communications networks over private networks constructed and operated with private capital. The proposal would actually preempt approximately twenty state laws that presently either prohibit or otherwise restrict such local government-run networks. States have adopted these laws in order to protect state taxpayers from having to subsidize the often financially unsuccessful muni networks and to prevent them from disadvantaging private sector competitors by virtue of the exercise of their control over rights-of-ways, permitting processes, and fees charged.
With these concerns in mind, I surprised that Senator Portman is a co-sponsor of the bill. Indeed, based on his record and the history of his years of public service, I’m hopeful he might reconsider his support of the legislation in its current form."
Posted by Randolph J. May at 4:17 PM