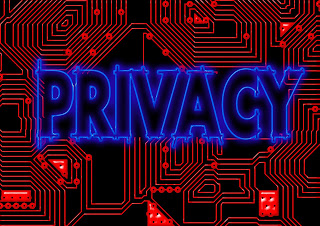 Regarding the primary two issues upon which (1) lawmakers so far have been unable to reach agreement, and (2) I have written extensively for the Free State Foundation, it embraces what I consider to be the correct positions: it preempts state laws (with the exception of those addressing data-breach notifications, biometric information, wiretapping, and public records) and does not allow for a private right of action.

Unlike the California Consumer Privacy Act or the Virginia Consumer Data Protection Act, the ITPDCA would not grant consumers the right to access, correct, or delete personal information. However, It would require covered businesses to:

The ITPDCA also would empower the FTC to impose fines for first-time offenses, increase its ability to adopt rules, expand its authority to cover common carriers, increase its funding by $350 million, and allow it to hire 500 new full-time employees.

In "Inconsistent State Data Privacy Laws Increase Confusion and Costs," a March 2021 Perspectives from FSF Scholars, I sounded the alarm regarding the compliance burdens and consumer uncertainty that will result should Congress fail to establish a federal data privacy regime that preempts the growing number of state laws.

To date we have witnessed two states fill the void that exists at the national level: California (with both the CCPA, currently in effect, and the California Privacy Rights Act, approved by voters in November) and Virginia. Other states where legislation has been introduced include Florida, Minnesota, New York, Oklahoma, Washington State, and, most recently, Colorado.