The Biden Administration's American Jobs Plan (the Plan) would allocate a substantial amount of taxpayer money – $100 billion – to address broadband accessibility and affordability. The limited details we know at this point, however, suggest strongly that the overly ambitious Plan could lead to waste and, contrary to its stated goal, higher, not lower, prices.

There is much to critique about the Plan, but for now I want to limit my focus on the inescapable tension that exists between two of its primary priorities. The Fact Sheet released by the White House makes the following interrelated assertions:

Simply put, you can't have it both ways. The notion of "future proofing" suggests building "gold-plated" infrastructure that delivers more than what consumers need – and costs more than what they want to spend. And price regulation, the process hinted at in the second quote above and by which the government would dictate how much providers may charge, based upon its best educated guess as to what actual costs and an acceptable rate of return might be, wouldn't eliminate that problem – it simply would incorporate those additional costs into the calculation. 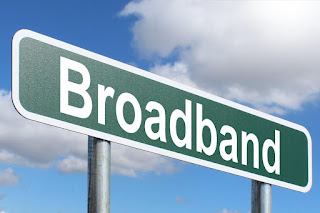 At this point, we cannot know with any certainty what the White House means when it says it wants to "'future proof' broadband infrastructure." However, press reports emphasize that the Accessible, Affordable Internet for All Act would appropriate $80 billion for infrastructure delivering gigabit speeds both upstream and downstream and the Leading Infrastructure for Tomorrow’s America (LIFT America) Act "would raise the FCC's current threshold definition of served areas from 25 Mbps download and 3 Mbps upload minimum to 25/25 symmetrical speed for low-tier service and 100/100 Mbps symmetrical for mid-tier service."

As Former FCC Commissioner Michael O'Rielly stated during recent testimony to the House Energy and Commerce Committee, "the push for symmetrical speeds at exorbitant levels, such as 100/100 megabits per second (Mbps), makes little sense" and "[a] 100-megabit upload speed does not reflect reality for now or any time soon."

The private sector has spent nearly $2 trillion to provide broadband wherever it is economically feasible: that is, where – despite substantial uncertainty – there is at least a reasonable expectation of a return on that investment. Providers rely upon a range of technologies to connect homes: fiber to the home (FTTH), DOCSIS® cable modem service over hybrid fiber-coaxial (HFC) networks, Digital Subscriber Line (DSL) offerings over twisted-copper pairs, 4G/LTE and 5G mobile broadband, fixed wireless operating in both licensed and unlicensed spectrum, and satellite. In some instances, the chosen modality is suited best to the specific geographic and population characteristics of the area to be served. In others, enterprising businesses are rolling the dice – and taking the risk – on a competitive alternative.

The FCC's current definition of "broadband" – 25/3 Mbps – is sufficiently broad to encompass this wide range of network technologies. It also responds to the throughput needs of consumers, fosters intermodal competition, and maximizes the number of eligible bidders in reverse auctions for receipt of government subsidies, such as the $20.4 billion Rural Digital Opportunity Fund and the $9 billion 5G Fund for Rural America – two existing programs whose impact on closing remaining digital divides is not yet known, as Commissioner Brendan Carr emphasized in a recent op-ed.

In sum, the threshold established by the expert agency unleashes the most efficient investment and innovation mechanism – competitive forces – to drive down prices, expand access, and provide the speeds that consumers demand.

By contrast, in the name of "future proofing," the Plan would ratchet up the definition of "broadband" in a way that would increase inappropriately the costs of connecting unserved areas, incentivize providers able to meet that definition to replace existing facilities with "gold-plated" infrastructure rather than focus on expanding the reach of their networks, and render many viable distribution technologies ineligible to receive government subsidies simply due to their inability to deliver upstream speeds far exceeding the needs of consumers both today and in the foreseeable future.

The resulting wasteful overinvestment and suppression of competition would drive prices up, not down. And the specter of price regulation is no panacea. To the contrary, it would incorporate those additional costs into the government-established price – while at the same time serving to disincentivize investment and innovation.