Today and tomorrow, the House Communications and Technology Subcommittee and the House Judiciary Committee will hold separate hearings on the proposed T-Mobile/Sprint merger. It is appropriate, of course, for members of Congress to hold hearings on the proposed mergers, and, undoubtedly, they will reach their own conclusions about the proposed merger's merits. As they do so, I want to point out that Free State Foundation scholars submitted detailed comments and reply comments to the FCC which concluded that, all things considered, a combined "New T-Mobile" likely would benefit the public, including by furthering rapid deployment of a competitive nationwide 5G network. And we concluded that it is unlikely the merger would result in significant harms.
As Free State Foundation scholars have indicated in other publications and posts, our view has not changed since our comments and reply comments were filed with the FCC. Indeed, as stated in my recent February 5 blog post, the likelihood of any harm is further reduced by T-Mobile's and Sprint's offer of 3-year "rate stability" for consumers. Presumably, this commitment would become an enforceable condition upon approval of the merger by the FCC. 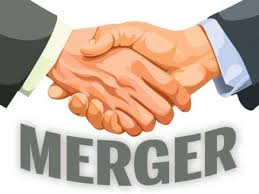 House committee members ought to have a forward-looking perspective to the wireless market generally and to the proposed T-Mobile/Sprint merger specifically. Next-generation 5G networks will be essential for supplying future wireless demand. By combining spectrum resources, New T-Mobile projects its merger-enabled nationwide 5G network's monthly capacity would reach 6.8 exabytes in 2021 and 20.3 exabytes by 2024. The 5G network would have 30 times more capacity than T-Mobile's existing network, with peak speeds up to 100 times faster. It also would enable advanced "smart city" capabilities and Internet-of-Things connectivity.
If the merger is approved, New T-Mobile likely will be a stronger competitor to Verizon and AT&T, the current wireless market leaders. As we explained in our comments and reply comments submitted to the FCC, in today's dynamic communications marketplace, it is wrong to suggest, simplistically, that effective competition will suffer as a result of a "four-to-three" merger of the leading wireless broadband providers. Indeed, today, wireless and wireline broadband services are more properly viewed as part of an overall broadband communications market – a broader broadband market, if you will.
Absent the merger, T-Mobile's 5G network likely will be less capacious and its rollout decidedly slower. Also, evidence regarding Sprint's substantial debt and analysts' projections indicate a standalone Sprint likely would be far less competitive – and perhaps not a viable 5G competitor at all going forward.
As pointed out in the Free State Foundation's comments, FCC merger precedents recognize the public interest benefits of accelerated 5G deployment. For instance, the Verizon/XO Order (2016) characterized "the rollout of 5G technology" as an "important Commission policy priority for the general benefit of all consumers." The Verizon/Straight Path Order (2018) credited "the expeditious use of [] spectrum for the potential introduction of innovative 5G services to the benefit of American consumers." Further, the AT&T/DIRECTV Order (2015) recognized that merger-enabled benefits such as new technologies and services may outweigh the loss of a competitor. Moreover, House subcommittee members should recognize that recent wireless market entry by Comcast and Charter provides consumers with additional choices and provides a check against anticompetitive conduct. At the end of 2018, Xfinity Mobile already had 1.2 million subscribers and the entry into the market by cable providers bodes well for consumers.
On February 4, T-Mobile and Sprint made the following pledge in a filing to the FCC: "New T-Mobile will make available the same or better rate plans as those offered by T-Mobile or Sprint as of today’s date for three years following the merger." Those legacy rate plans will continue "for three years after the merger or until better plans that offer a lower price or more data are made available, whichever occurs first," subject to increases in taxes, surcharges, as well as third-party partner service changes beyond New T-Mobile's control. In connection with this pledge I wrote: "[O]n the whole the price stability commitment should be reassuring to consumers -- and to the regulators and antitrust authorities reviewing the proposed merger." This commitment ought to increase the likelihood that the proposed merger's public benefits would outweigh the likelihood of significant public harms.
In short, the proposed T-Mobile/Sprint merger likely will bring public benefits by enabling rapid 5G deployment and fostering a wireless marketplace that, on a long-term basis, is even more competitive than today's marketplace. The recent price commitments by the parties bolster the pro-consumer case for merger approval.
Posted by Randolph J. May at 7:47 AM