I'm sure Elon Musk knows more right now about the inner workings of electric cars than I could hope to learn in a decade – even if I applied myself. And he may have been forced to learn more than I have thus far about the rules and regulations of the Securities and Exchange Commission – or what he has referred to in a tweet as the "Shortseller Enrichment Commission." And this only days after he settled fraud charges the agency had lodged against him!
And given Musk's involvement with his SpaceX project, among all his other projects, he almost certainly knows more than I do about the technical and operational aspects of the constellation of low-orbit non-geostationary satellites that SpaceX is seeking the Federal Communications Commission's permission to launch.
But, having been involved in communications law and policy for forty years, including having served as Associate General Counsel of the FCC, I do know a considerable amount about FCC procedure and practice. So, it caught my eye when I read recently in the trade press that SpaceX is asking the FCC to grant it "special temporary authority" (an "STA") to initiate communications between its Ku−band gateway earth stations and the first tranche of non-geostationary low-orbit satellites that SpaceX proclaims it now plans to launch in May. The problem is, SpaceX's proposed low-orbit satellite system is presently the subject of a contested license "modification" application that remains pending before the Commission. 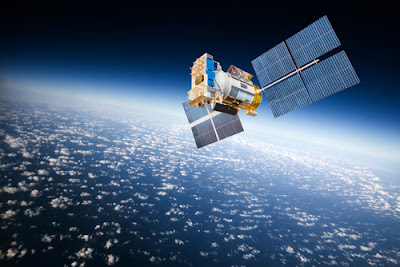 Based on the Commission's rules, and my own experience, grants of STAs are by no means routine. Indeed, on the contrary, the showing required to obtain one is high. Were it otherwise, this would have the effect of eviscerating the Commission's underlying licensing rules which, after all, were adopted in the first place to ensure license applicants comply with particular substantive requirements that the agency deems important.
The standard for granting "special temporary authority" is high not only because it is common sense for it to be so, but because the Communications Act requires it. Section 30(f) of the Communications Act provides that the FCC cannot grant an STA request unless it "finds that there are extraordinary circumstances requiring temporary operations in the public interest and that delay in the institution of such temporary operations would seriously prejudice the public interest." The Commission's rules, 47 C.F.R. § 25.120, of course, essentially mirror the high bar for an STA set forth in the Communications Act.
I understand that Elon Musk is a man perpetually in a hurry and that he is likely unsympathetic to government process inconsistent with his "hurriedness." This is not always a bad thing. But with regard to the SpaceX STA request, in light of the high bar in the Communications Act and the agency's own rules, there appear to be good reasons for the Commission to be skeptical. SpaceX's license "modification" application is subject to opposition on the basis that the SpaceX license proposal creates interference to other communications systems and raises other technical/operational questions. I have no idea at all about the merits of these concerns and offer no opinion on them. But it does appear, as WorldVu Satellite's "OneWeb" charges in an opposition to the STA, that SpaceX may be seeking to abuse, or at least misuse, the STA process by creating an artificial "deadline" that is entirely of its own making.
In other words, so far as it appears, no "extraordinary circumstances" unrelated to SpaceX's own wishes exist that require grant of the STA. And, so far as it appears, there has been no showing the public interest will be seriously prejudiced by allowing the Commission to first resolve concerns raised in connection with the pending modification application. It would be odd if the "extraordinary circumstances" standard could be met by the applicant simply advising the Commission that it plans to launch at a time of its own choosing. And the fact that satellites, once launched, aren't likely to be subject to a Commission "recall to Earth" order is an additional reason for Commission skepticism regarding the STA.
None of this is to say that SpaceX's proposal – or other similar ambitious proposals for low-orbit non-geostationary satellite systems – ultimately will not be found to be meritorious. They propose to offer new alternatives for delivering broadband services to America, including rural America, and around the world. Surely, additional broadband services offered on different technological platforms are to be desired if the proposals are feasible from a technical, operational, and economic perspective.
But the larger point – and the reason the SpaceX proposal caught my attention – is that, at the end of the day, adherence to the Communications Act's requirements and the Commission's own rules matters. This is especially true, of course, when it comes to procedural vehicles such as rule "waivers" or grants of "special temporary authority." The Commission must take care in considering requests like these that it does not act in a way that establishes precedents that have the effect of eviscerating its underlying rules or of diminishing the integrity of its processes.