The Metaphysics of Video Competition

Do you want another example – aside from possibly resolving the long-running "net neutrality" controversy – of why the Communications Act needs to be updated, if not completely overhauled?


If you're a regular reader of this space, or even a halfway regular one, you know that Section 623 of the Communications Act exempts cable operators from rate regulation by state or local franchise authorities (LFAs) if the cable system is subject to "effective competition." What's more, the "no regulation" provision is contained in a subsection titled "Preference for Competition." I bet you can't find very many other "Preference for Competition" subtitles in the U.S. Code.


The FCC's decision still permitted franchising authorities to file certifications claiming to rebut that presumption. Which brings us to the point I wish to make regarding competition in the video marketplace.


In September 2018, Charter Communications, Inc., filed a felicitously-styled "Petition for Determination of Effective Competition" seeking a determination from the FCC that it faces “effective competition” in certain franchise areas in Massachusetts and in Kauai, Hawaii. Charter asserted that in each of these franchise areas it is subject to effective competition under the so-called "Local Exchange Carrier Test" (LEC Test) because of the availability of AT&T’s DIRECTV NOW streaming service, which offers customers access to at least 65 channels of live television, cloud DVR services, and, in the majority of areas, additional local broadcast channels. 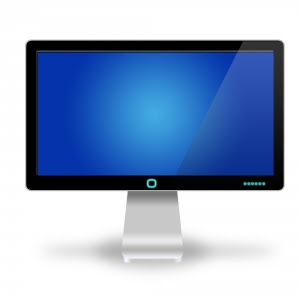 
In its petition, Charter states:


"The LEC Test is satisfied if a LEC affiliate offers a comparable video programming service by any means (other than direct-to-home satellite service) in areas that substantially overlap with the cable system’s franchise area. DIRECTV NOW meets each requirement of the LEC Test. It is a non-satellite video programming service offered by DIRECTV, LLC (“DIRECTV”), an affiliate of AT&T. It is offered throughout the Franchise Areas to any household with an Internet connection, which is available to virtually 100 percent of Charter’s customers in these areas. AT&T has marketed DIRECTV NOW extensively, and residents are well aware of this competing service. Finally, DIRECTV NOW meets the Commission’s definition of a “comparable” video programming service, with at least 12 channels of non-broadcast programming."


On its face, Charter's reading of the statute and its contention regarding the existence of "effective competition" is persuasive. Nevertheless, when I perused the docket, admittedly only casually, I saw that the Massachusetts and Hawaii franchising authorities put forward several different reasons why the DIRECTV NOW streaming offering, even though available to nearly all of the residents in the subject localities, doesn't satisfy the "LEC Test" requirement.


You can go through the docket if you like to examine back-and-forth arguments. If you do, you'll see that they are mostly based on dissecting the techno-functional constructs that are built into the LEC Test definition. These arguments – tending heavily towards the metaphysical – have to do with contending characterizations of the meaning of "facilities" used to deliver the streaming service, whether they are "physical" facilities or not, whether DIRECTV NOW is offered "directly" or "indirectly" to customers, what "by any means" means, whether AT&T is or is not a LEC, and the like.


By the way, when I say the arguments tend towards the metaphysical, I mean metaphysical in the very same sense that I did when I wrote what became my widely-circulated "The Metaphysics of VoIP" piecein 2004. I submit that, fifteen years later, it's still a worthwhile read if you want to appreciate why we need a Communications Act overhaul that doesn't tie regulation to techno-functional constructs.


In other words, in the present case, in doing their best to pick apart the statutory definition in order to retain their rate regulation authority, Massachusetts and Hawaii discuss almost everything but what ought to be the most relevant question: Does the availability of the DIRECTV NOW streaming service, which offers customers access to at least 65 channels of live television, cloud DVR services, and additional local broadcast channels, constitute effective competition and provide customers with an alternative multichannel video service choice if they are dissatisfied with Charter's offering?


To repeat, I find Charter's reading of the statute as it relates to the "LEC Test" persuasive. In any event, at the least, it is within the realm of the Commission's interpretative discretion to the extent the provision is ambiguous. Recall Chevon deference. And recall the "Preference for Competition" subtitle in Section 623.


But the point I wish to make is more fundamental. This one "effective competition" determination proceeding demonstrates yet again why Congress needs to update the Communications Act. Whatever Congress may have been thinking when it adopted the "effective competition" provision in 1992, it certainly didn’t have in mind today's myriad – and still proliferating – Internet video streaming services. I need not name them all here or say more here about their competitive impact.


Whatever the outcome of the proceeding in which Charter is now engaged to free itself from rate regulation of its cable service, I submit that the present competitiveness of the video marketplace – in which cable operators, satellite companies, over-the-air broadcasters, wireless providers, and Internet streaming services all compete – cries out for Congress to take deregulatory action. It doesn't make sense today for the FCC to be required to parse analog age techno-functional constructs embedded in legacy Communications Act definitions to determine whether regulatory relief should be granted.


A good place at least to start considering an update of the Communications Act video provisions is Rep. Steve Scalise's deregulatory "Next Generation Television Marketplace Act," first introduced in 2011. The bill made sense then and it makes even more sense now, when the video marketplace is much more competitive today than it was eight years ago. When Rep. Scalise reintroduced the bill under the same name in July 2018, I wrote about it here in a Washington Times piece. In any updating of the Communications Act, Congress should require that regulation be tied to assessments of competition and consumer harm -- not to abstruse techno-functional definitions that give rise to metaphysical argumentation divorced from marketplace reality.
Posted by Randolph J. May at 9:18 AM